Speaking in a recorded address at the 8th China-LAC Infrastructure Forum in Macao on Sept 28, Alexis Guerrera, minister of transport of Argentina, said Chinese companies have supported Argentine people in improving its railway network and other infrastructure construction. [Photo by William Xu / China Daily]

China and Latin American countries have worked continuously to deepen their high-quality infrastructure cooperation, including projects in new infrastructure or digital infrastructure with low carbon initiatives, analysts say at the the 8th China-LAC Infrastructure Forum in Macao on Sept 28.

At the opening of the forum, Vice-Minister of Commerce Wang Shouwen said China-LAC trade and economic cooperation has stood the tough test of the once-in-a-century pandemic and shown resilience and vitality. In 2021, China-LAC trade topped $450 billion for the first time, up 41.1 percent. LAC countries are China's second largest investment destination and fourth largest project contracting market overseas.

Infrastructure development, the crucial underpinnings for economic and social development, has always been a key field and priority in China-LAC trade and economic cooperation, Wang emphasized. 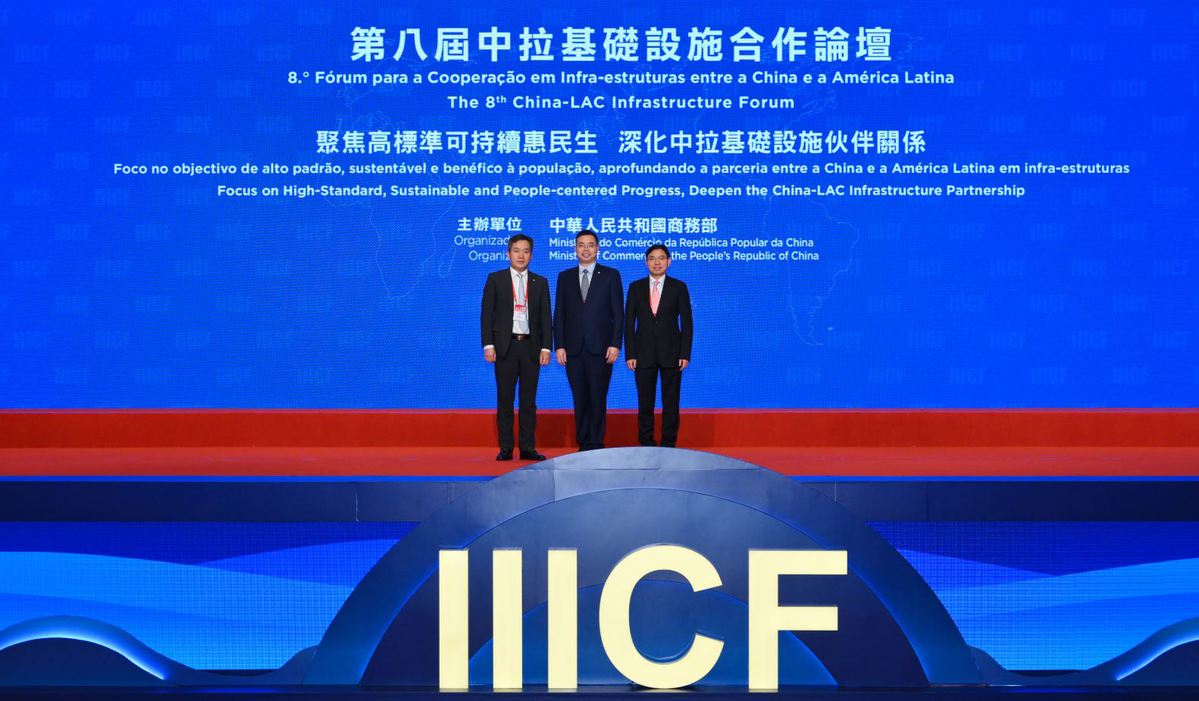 The 8th China-LAC Infrastructure Forum opens in Macao on Sept 28. Officials, diplomats and industry leaders from China and Latin America countries delivered speeches at the keynote forum themed on people-centered infrastructure partnership between China and countries in the Latin American and Caribbean region. [Photo by Meng Xianguang For China Daily]

This year marks the 50th anniversary of the establishment of diplomatic relations between Argentina and China, and the solid ties established by the two countries in diplomatic, economic, trade, and people-to-people friendly exchanges are celebrated, Minister of Transport of Argentina Alexis Guerrera said.

"This common understanding and mutual learning is reflected in a series of cooperation agreements signed by the two countries," he said. "Under this framework, the Chinese government and Chinese enterprises have provided Argentina with financing, knowledge and technical support to help Argentine products transport more efficiently and people travel faster, more comfortably and safely."

Thanks to cooperation with China, domestic investment and external financing, Argentina has built and improved more than 1,700 kilometers of railways, and more and more cities are connected by railways in the country, Guerrera noted.

He added that, China has also given support and assistance to Argentina at a time when Argentina urgently needs to promote production and export earnings.

Juan Fernando Lugris Rodriguez, Ambassador at the Embassy of Uruguay in China, said in the post-pandemic era, Uruguay will play a very important role in both traditional infrastructure and the infrastructure of the digital world.

Anyin Choo, Ambassador of Embassy of Guyana in China, speaks by video link at the 8th China-LAC Infrastructure Forum held on Sept 28 in Macao. [Photo by Meng Xianguang/For China Daily]

Uruguay, a country rich in natural resources and with a young population, will play a more important role with its very dynamic economy, he noted. "We have many business opportunities to work with China, including investment in new infrastructure development."

Next year, China and Uruguay will celebrate the 35th anniversary of the establishment of diplomatic relations, so in the future, the two countries will usher in better prospects for cooperation and further promote the implementation of the BRI initiative.

Anyin Choo, Ambassador, Embassy of Guyana in China, said in recent times, her country has experienced an unprecedented economic transformation through the discovery of oil and gas offshore. "And this is expected with an economically and socially fast route trajectory," she said.

Chinese investments in Guyana have also increased in recent years, contributing to the growth, ensuring the creation of jobs, the social economic development and market opportunities and access to resources for the Chinese side, according to her.

"This means that Guyana now has the need for infrastructure development, which is the driving force behind its transformational needs," said Choo. 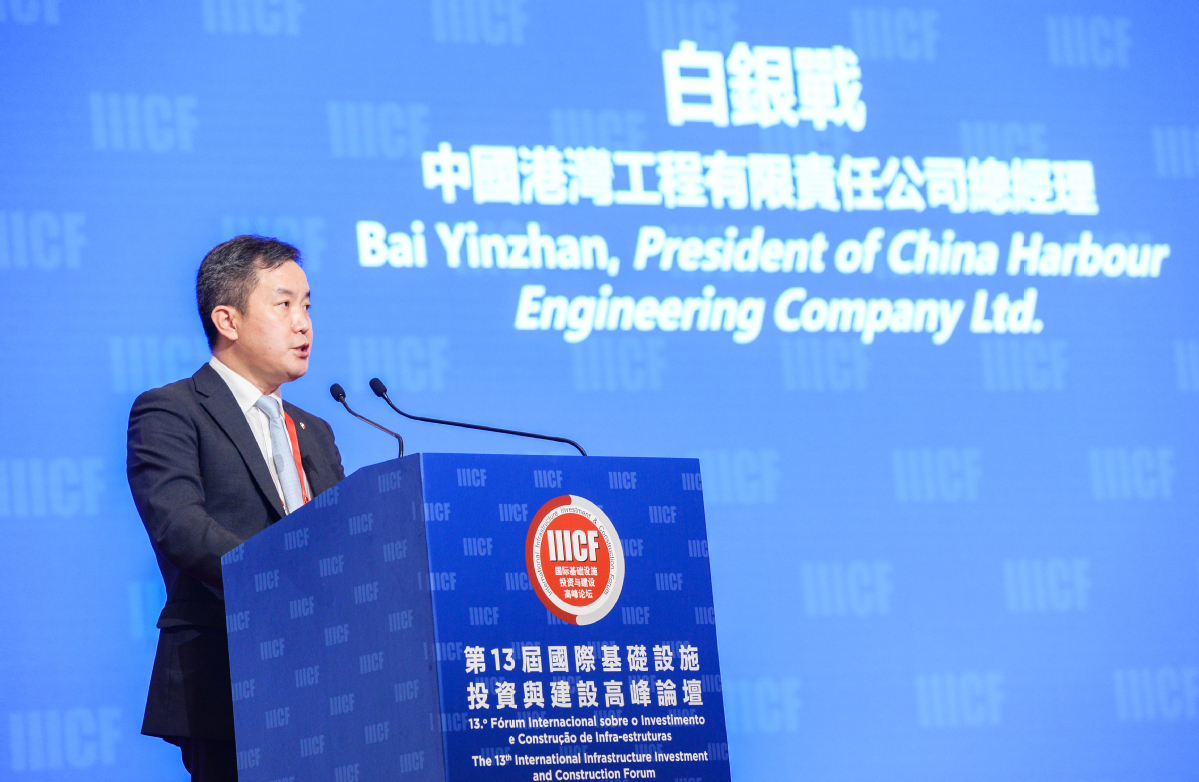 Macao on Sept 29 will hold the Roundtable Dialogue between Latin American and Caribbean Diplomats to China and Chinese Entrepreneurs on Connectivity and High-quality Development to explore innovative paths and jointly step up high-quality upgrading of China-LAC infrastructure cooperation at the crucial early phrase of high-quality development of the cooperation.