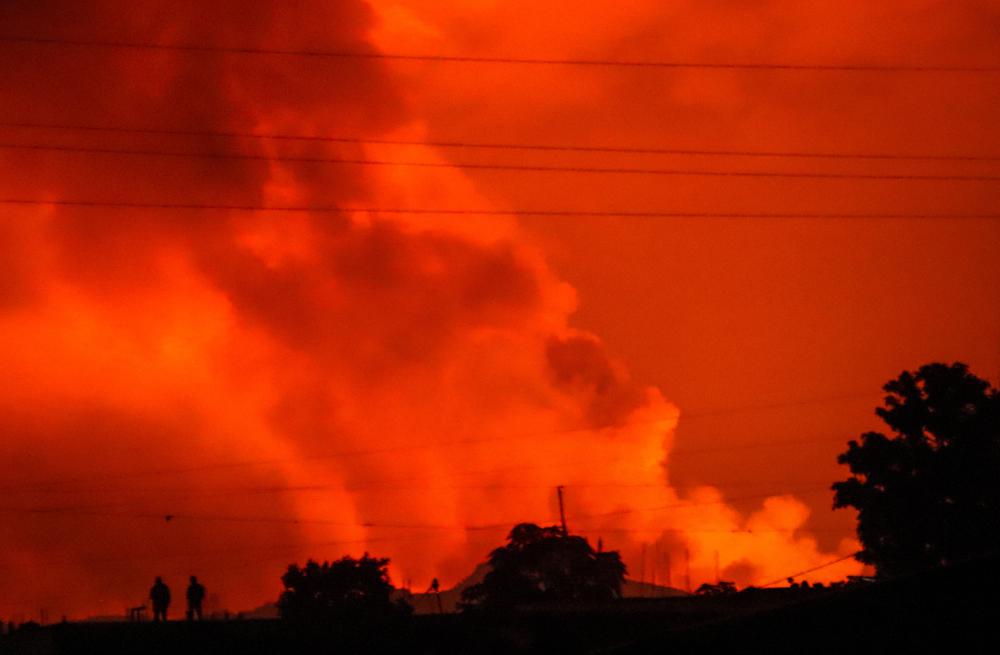 Two people are seen silhouetted against a night sky turned red by the eruption of Mount Nyiragongo, in Goma, DR Congo Saturday, May 22, 2021. (Photos: AP)

KINSHASA, May 23 (Xinhua) -- A lava flow reached the airport of the Democratic Republic of Congo's eastern city of Goma on Sunday after the eruption of the nearby Mount Nyiragongo volcano and authorities have announced evacuation plans, local media reported.

The evacuation plan for Goma has been activated, said government spokesman Patrick Muyaya.

"The government is discussing urgent measures to be taken now," Muyaya tweeted. 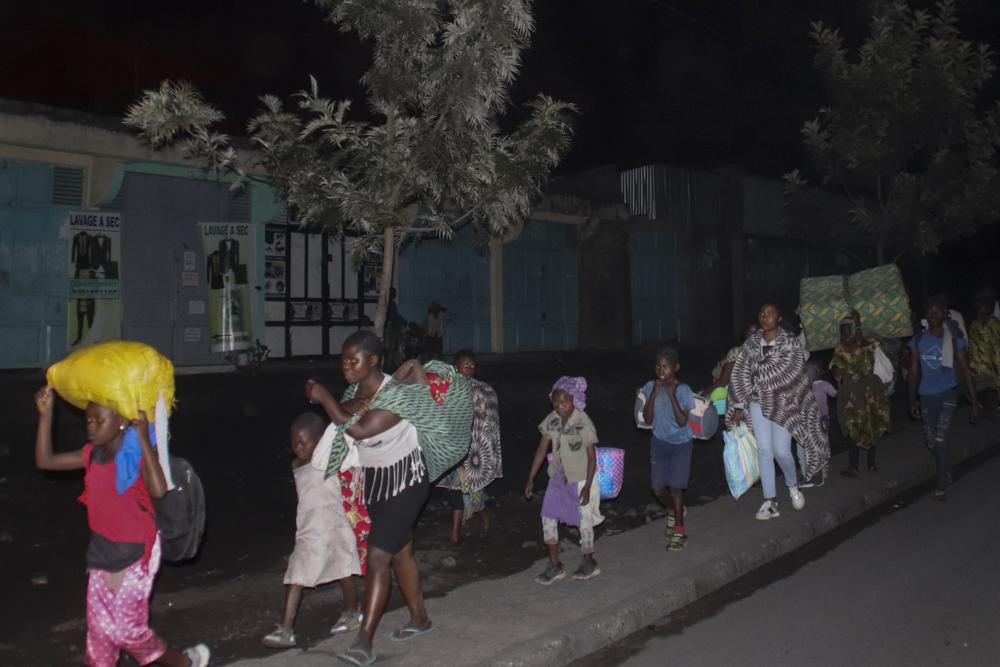 People flee with their belongings after the eruption of Mount Nyiragongo, in Goma, DR Congo, Saturday, May 22, 2021.

Thousands of Goma residents have fled the city on foot to reach the border with Rwanda as the city with a population of nearly 2 million was illuminated with orange flames.

The Nyiragongo volcano, located not far from the DR Congo's border with Rwanda, started to erupt on Satuday. According to the Goma-based volcanological monitoring office, the lava is heading towards the border with Rwanda.

The last time a major Nyiragongo eruption occurred was in 2002, when about 250 people were killed and 120,000 others were left homeless. 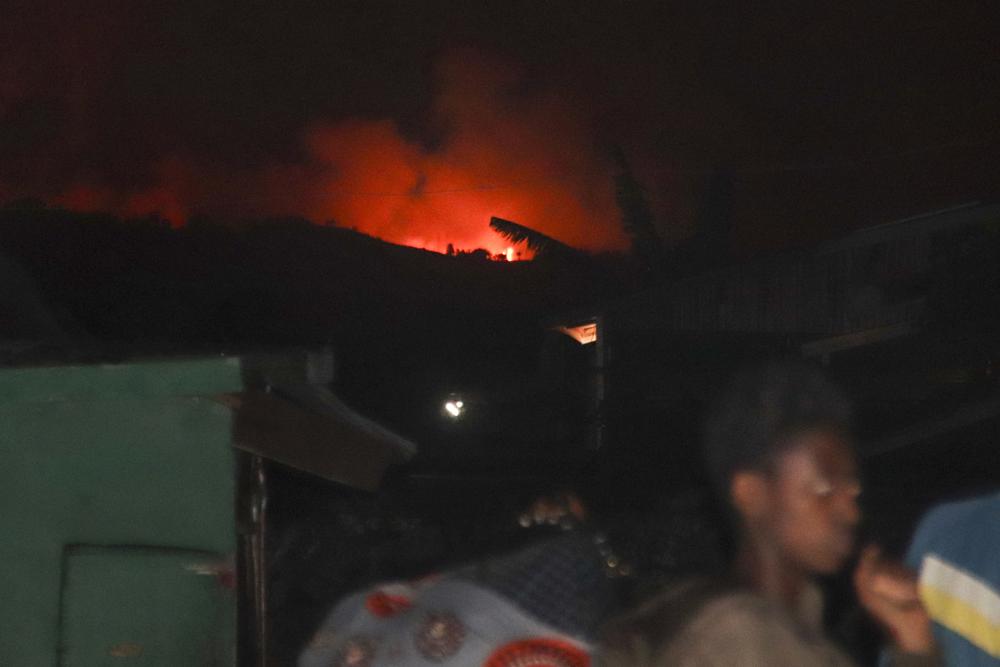 People flee as the night sky is turned red by the eruption of Mount Nyiragongo, in Goma, DR Congo, Saturday, May 22, 2021.