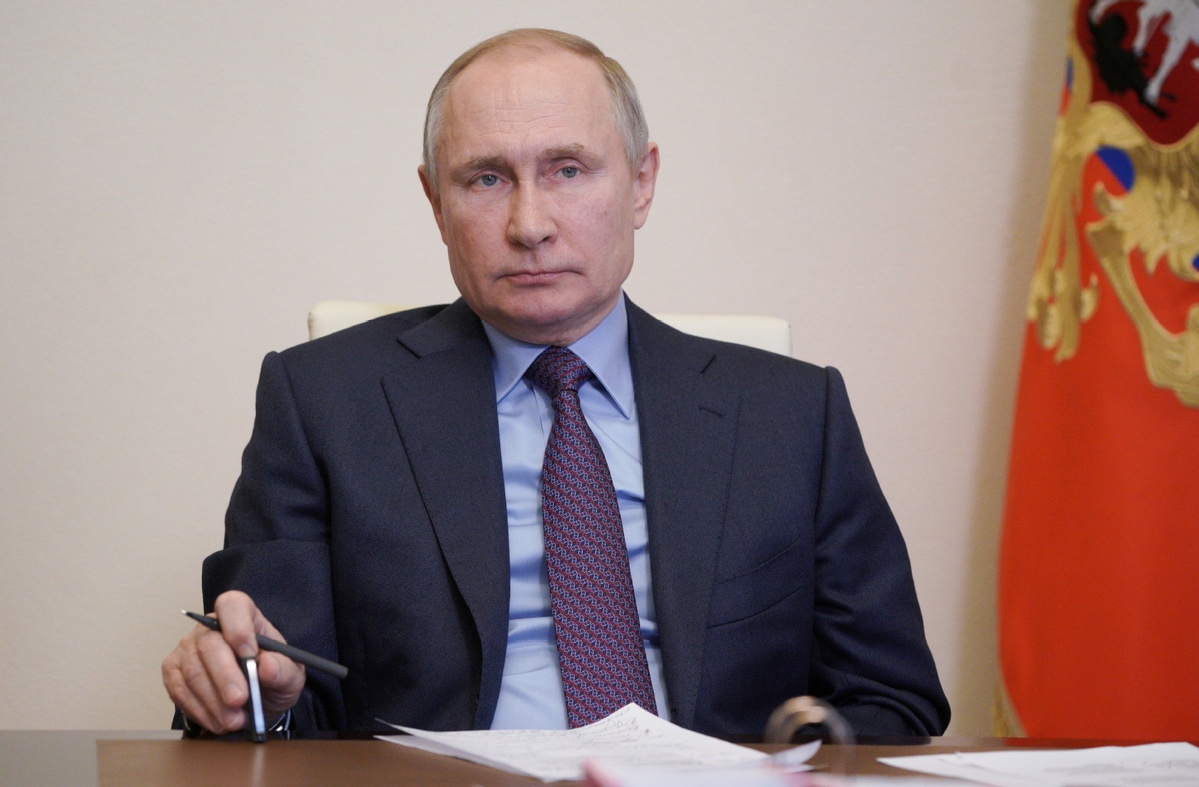 Russian President Vladimir Putin attends a meeting dedicated to the production of vaccines against the coronavirus disease (COVID-19) via a video conference call at the Novo-Ogaryovo state residence outside Moscow on March 22, 2021. (Photo: Agencies)

Russian lawmakers have approved one of the final steps in clearing the way for President Vladimir Putin to contest two more elections for the nation's highest office.

The State Duma, or lower house of the parliament, on Wednesday adopted in the final reading the legislation that enables Putin to put himself before the voters again in 2024.

The corresponding amendments to the law governing presidential elections in the Russian Federation have been introduced, Russian news agency Interfax said.

The legislation states that a Russian citizen who has already held the presidency for two terms cannot be reelected for another term. However, according to one of the amended provisions of the Constitution, presidential term limits apply to the incumbent head of state without regard to the holder's previous terms in office. That makes Putin eligible for two more presidential terms.

Former president Dmitry Medvedev, who has served only one term in the position, also has the right to run for two more terms, Interfax said.

The reforms include popular economic measures and enshrine conservative values long touted by the Kremlin with a clause mentioning the country's "faith in God" and another effectively banning same-sex marriage.

State Duma members Pavel Krashenninnikov and Olga Sevastyanova, together with Federation Council member Andrei Klishas, submitted the bill to the lower house in November 2020. The council is the parliament's upper house.

With the bill's approval by lawmakers on Wednesday, the Federation Council is set to consider the legislation over the coming days and it is expected to be signed into law by Putin.

According to a survey by Russian independent polling and sociological research organization the Levada Center, Putin's trust rating improved by 3 percentage points to 32 percent between December and February.

On Wednesday, Putin signed a law allowing civilian officials he has appointed to remain in their posts past the age of 70.

Earlier, high-ranking officials were not permitted to stay on past 65, an age limit that was then extended to 70.

According to state news agency Tass, Putin introduced the bill in January, saying more experienced and qualified managers should be allowed to stay in service longer.