Lawmakers press for a full Russia probe report from Mueller

Lawmakers appear increasingly nervous that Congress and the public won't see a full report when special counsel Robert Mueller is finished with his Russia probe, including what the investigation finds about President Donald Trump. 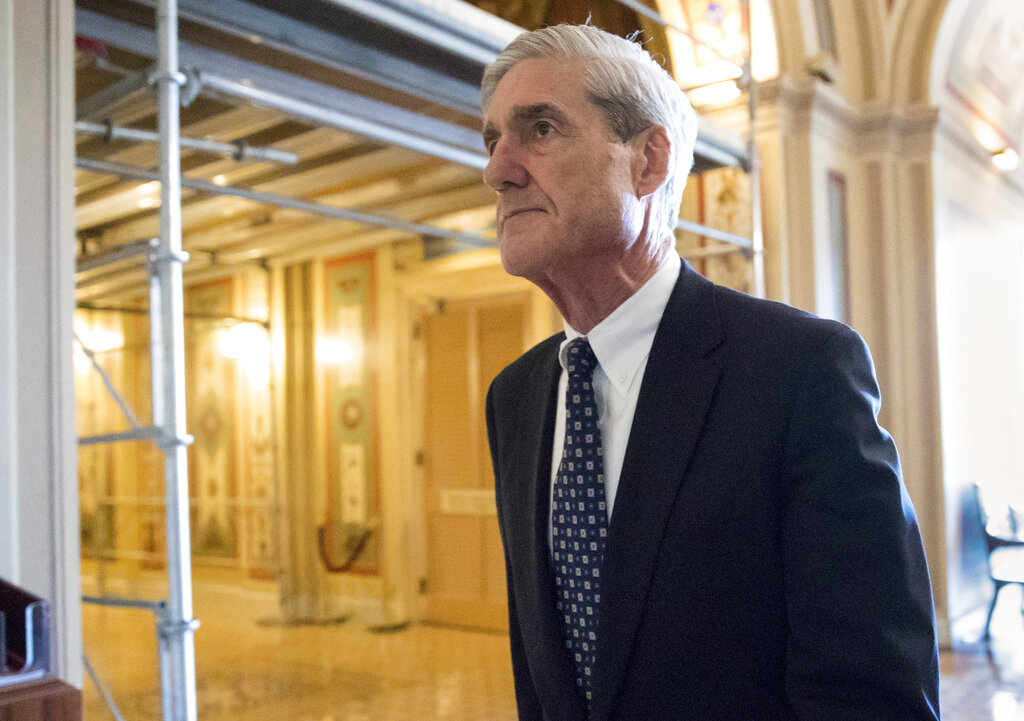 Republicans and Democrats say they support public disclosure of Mueller's findings. But it's unclear exactly what documentation will be produced at the end of the probe into possible coordination between Trump associates and Russia, and how much of that the Justice Department will allow people to see. Acting Attorney General Matthew Whitaker said Monday that the probe is "close to being completed," the first official sign that Mueller's investigation may be wrapping up.

Democrats have pressured Trump's attorney general nominee, William Barr, on the full release of Mueller's final report. Lawmakers in both parties have maintained that there will have to be some sort of public resolution when the report is done — and privately hope that a report shows conclusions that are favorable to their own side.

"This is the biggest issue facing our country, and the American people deserve to know Mueller's findings and analysis without any filter," California Sen. Dianne Feinstein, the top Democrat on the Senate Judiciary panel, said Tuesday.

The top three members of House Republican leadership — Minority Leader Kevin McCarthy, Louisiana Rep. Steve Scalise and Wyoming Rep. Liz Cheney — said on Tuesday that they would support the public release of a report produced from the Mueller investigation. Senate Majority Leader Mitch McConnell said he would like any report to be "as fully open and transparent" as possible. And Senate Judiciary Committee Chairman Lindsey Graham, R-S.C., said he was going to call Barr to ask him about the possibility that key information could be shielded from disclosure through Justice Department regulations and White House claims of executive privilege.

The Judiciary Committee is scheduled to vote on Barr's nomination next week, and Democrats have said they aren't satisfied with his commitment that he would be as transparent as possible under Justice Department regulations. The nominee said at his confirmation hearing earlier this month that he envisions two reports, one that Mueller sends to him and another that he drafts for Congress.

Barr said he takes seriously the department regulations that say Mueller's report should be confidential. Those regulations require only that the report explains the decisions to pursue or to decline prosecutions, which could be as simple as a bullet point list or as fulsome as a report running hundreds of pages.

While Republicans agree with Democrats that a report should be released, it's unclear how far they will go to ensure that outcome. On Monday, Republican Sen. Chuck Grassley of Iowa and Democratic Sen. Richard Blumenthal of Connecticut introduced legislation that would require Mueller to submit a report to lawmakers and the public at the end of the investigation. But both McConnell and Graham declined to say whether they would support the legislation.

McConnell would only say that he wanted the report to be transparent. Graham said he agrees "with the concept of transparency," but stopped short of supporting the bill, saying he disagrees with taking discretion away from the attorney general.

Graham did say he would call Barr after Sen. Sheldon Whitehouse, D-R.I., questioned whether "indictment worthy" acts by Trump could be left out of Mueller's report. Whitehouse pointed to a Justice Department opinion that the president can't be indicted, along with the possibility that the White House could assert executive privilege to prevent the disclosure of damaging information.

Whitehouse called that scenario "a ginormous loophole" in Barr's pledge of transparency.

Trump's lawyer, Rudy Giuliani, has said the legal team wants to review any report before it's released. He's also raised the prospect that defense lawyers could try to invoke executive privilege to prevent the disclosure of any confidential conversation the president has had with his aides.

Graham responded that Whitehouse's question was "a good point, I hadn't thought about that ... I think that's a good question to get an answer to."

Barr said in written answers made public after the hearing that "if it turns out that any report contains material information that is privileged or confidential, I would not tolerate an effort to withhold such information for any improper purpose, such as to cover up wrongdoing." He also said he would resign if he concluded that the president had claimed executive privilege to cover up evidence of a crime.

If a full report isn't released, Democrats in the House have made it clear they will do whatever they can to get a hold of it. House Judiciary Committee Chairman Jerrold Nadler has said he would subpoena the final report and invite — or even subpoena — Mueller to talk about it.