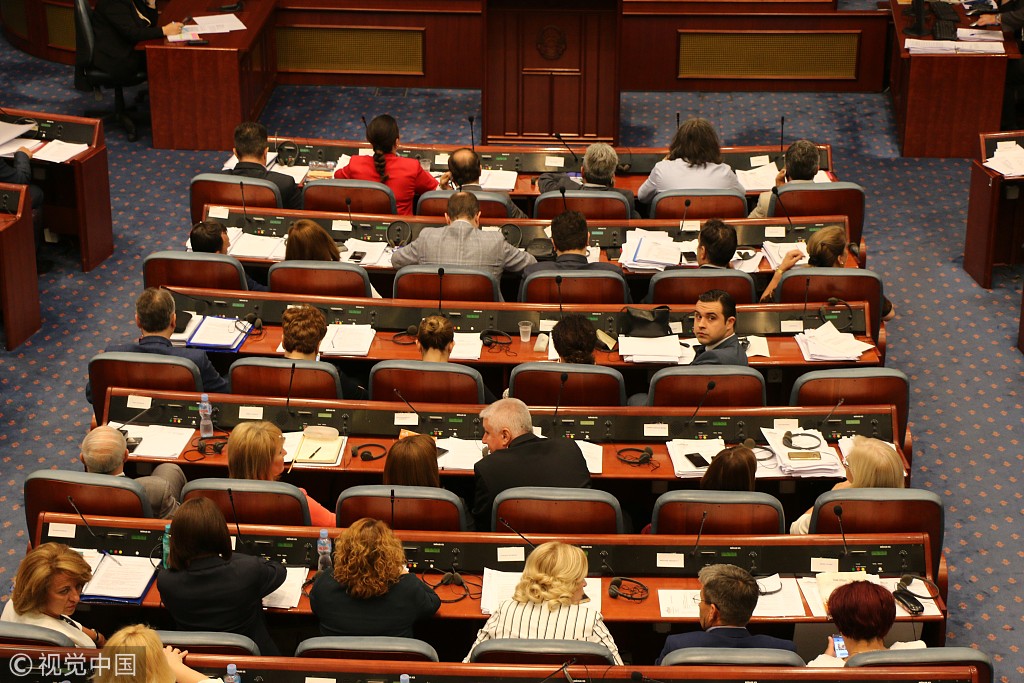 On June 20, 2018, Macedonian parliament gather to ratify an agreement signed with Greece over solving a name dispute between the two countries in Skopje, Macedonia. (Photo: Vedat Abdul/Anadolu Agency/Getty Images)

Macedonian lawmakers on Wednesday formally ratified its agreement with Greece to change the former Yugoslav republic’s name to the Republic of North Macedonia, Sputnik reported.

Achieving this agreement was not easy.  Previous reports said the agreement would only come into effect after the approval of both countries’ parliaments.  Macedonia’s president and Greeks opposed the agreement.

The two countries’ foreign ministers signed an agreement to resolve the name dispute between Macedonia and Greece on June 17.