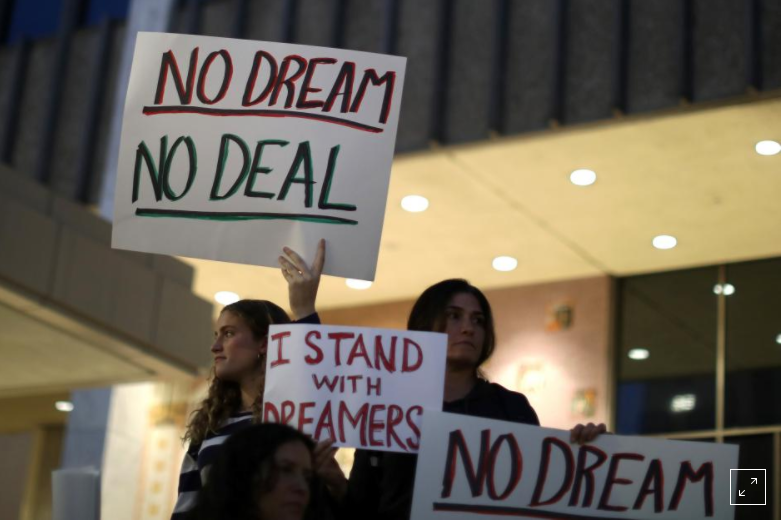 US lawmakers on Tuesday sought a way forward on an immigration deal including protection for “Dreamer” immigrants and border security before federal funding runs out again next month.

On Monday, the Republican-led Congress passed a measure signed into law by President Donald Trump to fund the federal government through Feb. 8 following a three-day shutdown. But they will have to return to thorny budget issues that have now become intertwined with contentious immigration policy.

Democratic Leader Chuck Schumer responded: ”The Republican majority now has 16 days to work with us to write a bill that can get 60 votes and prevent the Dreamers from being deported.

“That’s not much time; got to get moving.”

Trump himself has vacillated on immigration between tough rhetoric demanding a US border wall and a softer tone urging a “bill of love” for Dreamers - immigrants brought to the United States illegally as children.

“Nobody knows for sure that the Republicans & Democrats will be able to reach a deal on DACA by February 8, but everyone will be trying,” Trump wrote in a post on Twitter, referring to when government funding would next run out.

“The Dems have just learned that a Shutdown is not the answer!” Trump added, after calling for “a big additional focus put on Military Strength and Border Security.”

As federal employees returned to work on Tuesday they faced a new furlough in 17 days if lawmakers and Trump do not find another short-term fix or a longer term budget.

A funding bill easily passed after Senate Democratic leaders accepted a pledge by Republicans to hold a debate later over the fate of the Dreamers and related immigration issues.