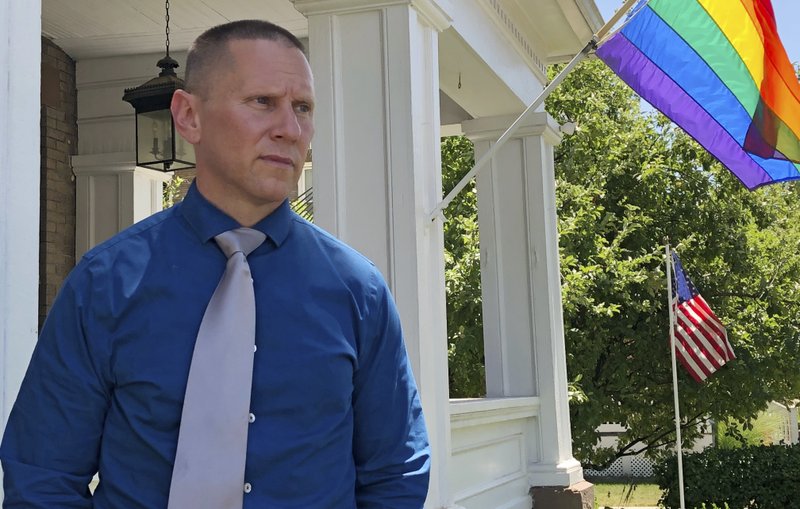 Four former wrestlers say in a new lawsuit that Ohio State University officials ignored repeated complaints about “rampant sexual misconduct” by a now-dead team doctor, and a former student confirmed Tuesday that investigators have documentation about at least one decades-old incident that prompted a complaint.

Former student Steve Snyder-Hill said he wrote to a student health center official in the 1990s after being examined by Dr. Richard Strauss, whose behavior is the subject of an independent investigation that began months ago.

Ohio State says allegations raised in recent months about Strauss involve male athletes from 14 sports, as well as the physician’s work at the student health center and his off-campus medical office.

Snyder-Hill said he went to the health center because of a lump on his chest, but Strauss also conducted a genital exam and pressed himself into him, at which point the patient realized the doctor had an erection.

Snyder-Hill said officials responding to his complaint back then told him Strauss denied having an erection and said he was just doing his job.

Snyder-Hill said he told the officials he wanted to be notified if they ever got another complaint about Strauss, and he never heard more about it. He said he thought he’d put Strauss on notice that such behavior shouldn’t happen.

“I felt very, very secure that that guy isn’t going to do this again,” Snyder-Hill said. “I thought I stopped him.”

Snyder-Hill said he contacted the investigators who are looking into Strauss after seeing news reports about former athletes and students who have raised allegations about Strauss in recent months, and the investigators confirmed having some paperwork about the incident that led to his complaint. It was first reported by The Columbus Dispatch.

The athletes’ allegations moved into the courts this week with the filing of a federal lawsuit against the university.

The lawsuit by former wrestlers from the 1980s and 1990s describes Strauss as “a prolific sexual predator” who might have assaulted 1,500 or more male students. Athletes who alerted officials about Strauss felt their complaints were futile and that the doctor was above the law in the eyes of the university, according to the lawsuit filed Monday.

Among the allegations in the lawsuit is that two wrestlers met with former Athletic Director Andy Geiger during the 1994-1995 season and complained about voyeurism and lewd acts by Strauss and other men at their practice facility.

The lawsuit says the university didn’t take action or agree to move the team’s practices following that meeting. The team did move into a new building about eight years later.

Geiger has told The Associated Press he doesn’t remember meeting with the wrestlers or any complaints about Strauss. But he said he did speak with former wrestling coach Russ Hellickson about voyeurism in the showers.

Hellickson also has denied knowing about any abuse by Strauss, who killed himself after retiring from the university.

Ohio State said it is reviewing the lawsuit but didn’t comment further about it. The school has repeatedly said that allegations that officials didn’t appropriately respond to concerns about Strauss are troubling and are a key focus of the ongoing, independent investigation.

The four wrestlers, whose names aren’t listed in the lawsuit, say Strauss sexually assaulted or harassed them in the late 1980s or 1990s.

The university in April announced that independent investigators were looking into allegations that Strauss fondled and groped male athletes during physical examinations and medical treatment.

His family has said they were “shocked and saddened” to learn of the allegations.

He left Ohio State not long after the university held a hearing on complaints against him in 1997, but the school took no legal or disciplinary action, the lawsuit said.

So far, more than 150 former athletes and witnesses have been interviewed.

The university has said that it’s “focused on uncovering what may have happened during this era, what university leaders at the time may have known, and whether any response at the time was appropriate.”

The lawsuit, which seeks unspecified monetary damages, proposes to represent all former Ohio State students or athletes who were examined by Strauss, saying the number of men is in the hundreds, if not thousands.

The wrestlers and their attorneys also want to find whether Ohio State violated federal Title IX law, which bars sex discrimination in education.