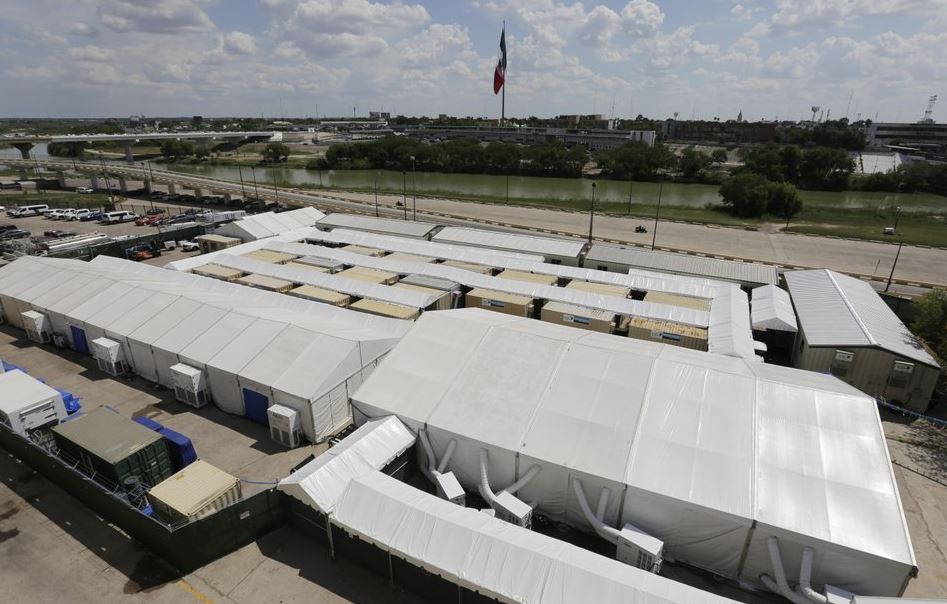 The immigration court system under the Trump administration has become a “deportation machine,” two groups said in a lawsuit filed in federal court on Wednesday.

The lawsuit filed by the Southern Poverty Law Center in Washington, DC, and Innovation Law Lab of Portland, Oregon, said that instead of being fair and impartial, judges in immigration courts answer to Attorney General Robert Barr and are pushed to deny applications for asylum.

“The immigration courts make life-and-death decisions every day: vulnerable people seeking asylum in the United States depend on a functioning court system to protect them from persecution, torture, and death. Yet, in the immigration courts, the tradition of judicial independence has been turned upside down,” the lawsuit against President Donald Trump and Attorney General William Barr says.

Melissa Crow, senior supervising attorney at the Southern Poverty Law Center and a lead attorney in the case, said that some parts of the United States have become “asylum-free zones” because immigration courts in 23 cities have denied more than 85 percent of applications for asylum, with El Paso having the highest denial rate at 96.6%.

“We’ve come to call the current situation a deportation machine, and it really is because it is virtually impossible, particularly in some jurisdictions around the country, to effectively represent individuals in immigration court proceedings,” Crow told The Associated Press in a joint telephone interview with Stephen Manning, executive director of Innovation Law Lab.

The US Department of Justice did not immediately respond to a request for comment on the lawsuit, which was filed in Portland, Oregon.

“The immigration court system is actually the central knot in the entire immigration policy debate,” Manning said, adding that the Trump administration uses the immigration courts’ dysfunctionality to justify increased detention and “totally inhumane practices” like forcing asylum seekers from Central America to remain in Mexico or be flown to other countries.

Ilyce Shugall, who defended immigrants in immigration court for 18 years, was sworn in in 2017 as an immigration judge, but resigned last March.

“I swore to uphold the Constitution at my investiture. When the administration made it impossible to continue to do so, I resigned,” Shugall said Wednesday at a telephone news conference organized by the plaintiffs. The judge who swore her in also resigned.

To receive a satisfactory performance rating, immigration judges must decide approximately three cases per day and issue decisions on the merits of a case no more than 10 days after the final hearing , Crow said.

In some cases, judges would need to dig into the law and understand complicated facts but they instead have an incentive to deny a case, which is faster than granting asylum, to meet their performance goals, Crow said. Not meeting goals under a metrics policy instituted by the Trump administration can result in a judge being fired, the lawsuit says.

Pushing the judges to go through cases faster is a dashboard on their computer that shows, in real time, progress in achieving the attorney general’s performance metrics. Meters showing red, yellow or green indicate whether their cases are proceeding fast enough.

“It was very stressful,” Shugall said. She eventually stopped opening the feature.

Some cases, on the other hand, are left dangling for as many as five years, making it harder for attorneys to find witnesses and evidence after all that time, Manning said.

Crow said this lawsuit has the potential to provide fairness to asylum seekers and others who have been the target the Trump administration’s rhetoric and policies.

The law groups, which have represented immigrants, asked the federal court to require the attorney general to correct the dysfunction of the immigration court system.

The lawsuit also seeks an injunction restraining the Trump administration “from continuing to thwart the impartial adjudication of asylum claims” and to stop using the metrics policy on immigration judges.