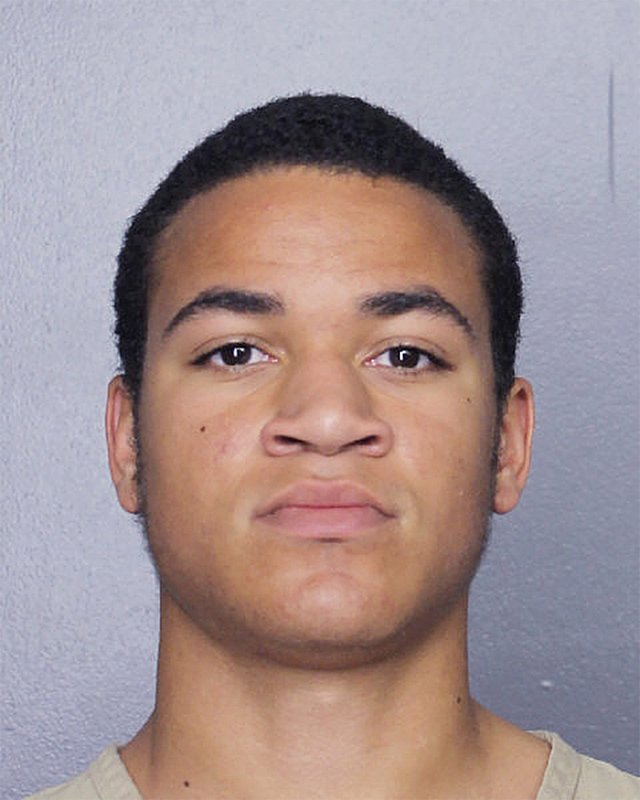 An attorney for the brother of Florida school shooting suspect Nikolas Cruz said in court papers Thursday that a $500,000 bond for trespassing at the school is excessive and that the brother should be released from jail.

Lawyer Joseph Kimok said in the documents that 18-year-old Zachary Cruz already paid the standard $25 bond for a misdemeanor and should not be kept in custody.

“Zachary Cruz did not kill 17 people on a high school campus. He should not be treated as if he did,” Kimok wrote. “There is no justice where the government seeks to hang a man for the crimes of his brother.”

Zachary Cruz was arrested Monday while skateboarding on the campus of Marjory Stoneman Douglas High School, where authorities say his brother killed 17 people and wounded 17 others in the Valentine’s Day massacre. Zachary Cruz had been warned not to visit the campus, but did so three times, authorities say.

Kimok also objected to several of the bond conditions imposed by a judge, including forcing Zachary Cruz to undergo a psychological evaluation, prohibiting him from visiting Broward County, putting him on house arrest with an ankle monitor if he is released, having the home he is living in searched for weapons and having no contact with Nikolas Cruz.

“To take away that familial connection is inhumane,” Kimok wrote.

Also, Stoneman Douglas students will be given transparent backpacks they’ll be required to use when they return from spring break on April 2. Broward County school district Superintendent Robert Runcie told parents in a two-page letter that metal detectors also may be installed soon, and he outlined other security upgrades including student ID badges and a district-wide effort to require all school visitors to enter through a single door.

The troopers will be stationed at the school indefinitely, along with Broward County deputies, leaving an armed guard at every campus entrance point, Scott said in a statement. Before the shooting, the school was patrolled by one armed deputy and unarmed guards. An unspecified number of deputies, some armed with rifles, were added after the school reopened.

“Parents, students and teachers have recently endured one of the worst tragedies in Florida history,” Scott said. “They must be assured that every necessary step is being taken to increase safety and ensure no unauthorized people are allowed on campus.”

Zachary and Nikolas, 19, both attended Stoneman Douglas. They shared the same biological mother but had different fathers. Both were adopted at very young ages by Roger and Lynda Cruz. Lynda Cruz died in November and their father died some years earlier.

Nikolas Cruz will plead guilty to 17 counts of murder and 17 counts of attempted murder if prosecutors will waive the death penalty, his attorney has said. They have refused to do so.

Meanwhile, a judge rejected an attempt to remove Broward County prosecutors and its public defender from the Nikolas Cruz criminal case.

Arreaza had claimed the two offices have a conflict because both signed a 2016 agreement along with county school and law enforcement officials aimed at handling school disciplinary issues without involving law enforcement.

Mollica separately imposed a $12,500 bail Wednesday on a Stoneman Douglas student who officials say pulled a small knife on a boy she accused of harassing her and a friend. The SunSentinel reports that her lawyer, Brian Reidy said everyone has “hit the fear button” and that he doesn’t “blame a kid for taking a weapon to school, quite frankly, these days.”