The Trump administration’s transfer of hundreds of detained immigrants into five US prisons puts the detainees and prison staffers at risk, said prison workers and immigration lawyers on Friday. 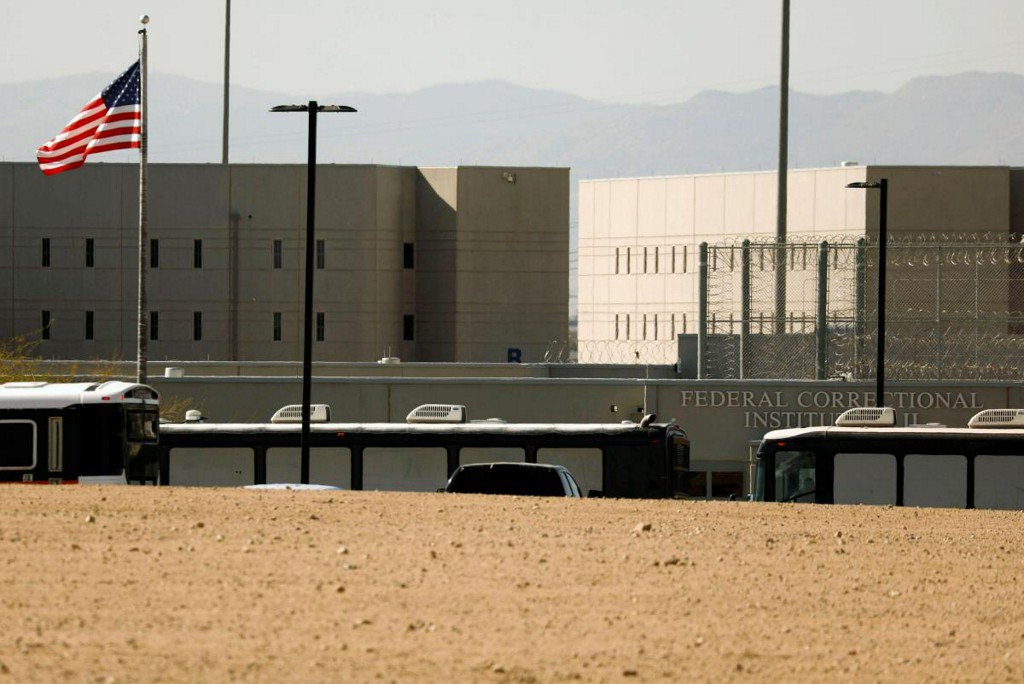 Prison staff, accustomed to dealing with convicted criminals, may lack training to deal with detained immigrants who may be unable to get the legal, medical and translation resources they need while in prison, said lawyers and prison workers.

“The last thing the government should be doing is putting immigrants into prisons so that it can detain even more people who pose no threat to anyone,” said Omar Jadwat, director of the Immigrants’ Rights Project of the American Civil Liberties Union, a civil rights activist group.

Reuters reported on Thursday that US Immigration and Customs Enforcement (ICE) has entered into a 120-day agreement with the Federal Bureau of Prisons (BOP) and the US Marshals Service to house up to about 1,600 people awaiting immigration hearings or deportation in prisons.

The move came after ICE ran out of space to accommodate detainees following the Trump administration’s introduction of a zero-tolerance policy on illegal immigration. The policy includes separating migrant women and children, prosecuting every illegal border crossing and making it harder to win approval for asylum.

Officials from the Justice Department and ICE defended the arrangement, saying it has been done before.

“ICE routinely makes use of BOP space. Coordination on this level is another prime example of why Congress needs to act to provide the administration with the resources,” a Justice Department official said.

“ICE is confident in the safety and security of detainees held at these locations,” said Dani Bennett, a spokeswoman.

At Federal Detention Center SeaTac near Seattle, people who normally work as electricians and plumbers are being deputized as corrections officers to accommodate 209 new, mostly female detainees, said Raphael Lee, a senior officer specialist and member of the American Federation of Government Employees Council of Prisons.

“Right now in this institution, we do not have enough staff to currently work the posts that are here,” he told Reuters.

“There are plumbers, electricians, education teachers, nurses that come in their scrubs...to work their jobs, and they are told you cannot work. You have to go work a unit.”

The federal Bureau of Prisons, part of the Justice Department, was hit hard by Trump’s government-wide hiring freeze in 2017. The bureau faces further job cuts in the 2018 budget, including a decrease of more than 1,800 corrections officers, according to budget documents.

The Victorville prison in California, also expected to rely on “augmentation”, will house 1,000 male detainees, according to John Kostelnik, the local union president of the American Federation of Government Works Council of Prisons.

To make space, the prison is opening nine empty housing units and transferring about 500 inmates to a second facility. Kostelnik said he was told the detainees will get “books and the bare minimum.” He said it was unclear how the prison will staff visiting hours or provide translators for detainees in a timely fashion.

ICE “will provide translators, but we have to contact them every time we need them and it is very costly,” he said.

“A new facility just coming online like this with an extra 1,000 people is really concerning, especially in a place that is not equipped to deal with immigrant detainees,” she said.

Jorge Baron, executive director for the Northwest Immigrant Rights Project, said his organization has faced challenges trying to speak with detainees being held at SeaTac.

Of the five women his organization had interviewed as of Thursday, he said, all of them had been separated from their children and all were seeking asylum. “People are being deprived of access to information,” he said.