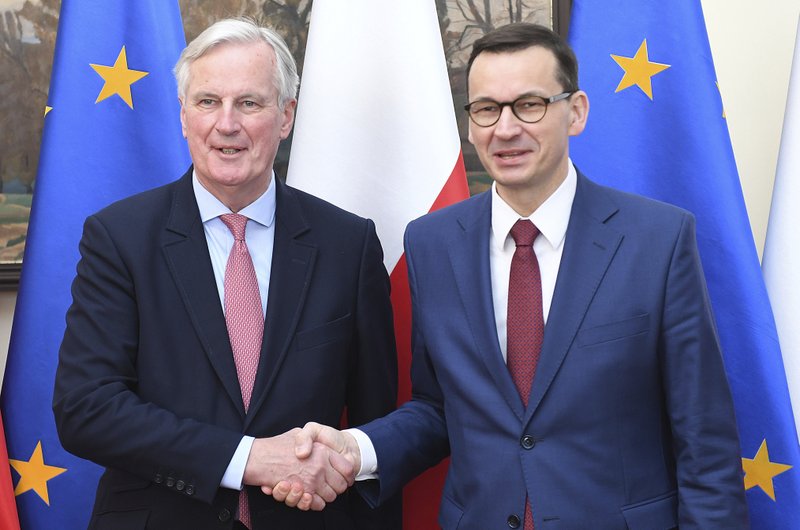 Ruling party leader Jaroslaw Kaczynski said Saturday that a copyright directive adopted by EU lawmakers this week threatens freedom. The bloc’s 28 nations have some two years to incorporate it into their legal systems.

Proponents say the changes ensure that authors and artists are paid for their work available in the internet. Critics, including the Polish government, say the rules will ban the linking of text, images and memes, thus stifling creativity and spread of information.

The most controversial section would require companies such as YouTube and Facebook to take responsibility for copyrighted material that’s uploaded to their platforms.

Without elaborating, Kaczynski said the Law and Justice party will implement it “in a way that will preserve freedom.”

His words at the euroskeptic party’s campaign convention ahead of the European Parliament election in Poland on May 26 were apparently aimed at attracting young voters, and countering an opinion that the conservative, nationalist party’s policies are curbing free speech and ideas.

The Law and Justice party earned this reputation by taking control of Poland’s judiciary and public media, which put it at odds with EU leaders. But its policy of increased family benefits has been very popular in Poland.

Polish Prime Minister Mateusz Morawiecki promised the convention “we will fight for the freedom of speech on the internet, to us it is a necessary element of economic freedom.”