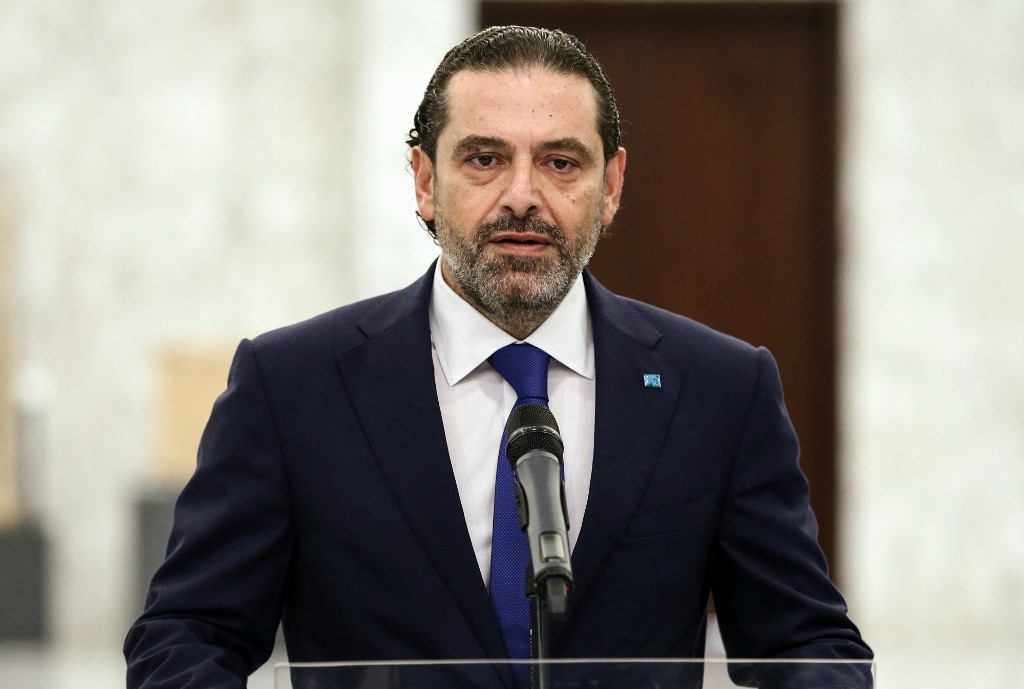 A handout picture provided by the Lebanese photo agency Dalati and Nohra on July 15, 2021, shows Lebanon's prime minister-designate Saad Hariri delivering a statement at the presidential palace in Baabda, east of the capital Beirut. (Photo: AFP)

"I have just met with the President who informed me about his rejection to some of the names mentioned in my last cabinet lineup. The President told me that we will not be able to cooperate together in forming a new government," Hariri said after his meeting with President Michel Aoun at Baabda Palace.

Lebanon has been going through its worst economic and financial crisis, exacerbated by the absence of an efficient government capable of implementing structural reforms to unlock billions of U.S. dollars in international aid.

The country has been running without a cabinet since Aug. 10, 2020, when caretaker Prime Minister Hassan Diab resigned following the Beirut port's explosions which killed more than 200 and wounded thousands of others.

Hariri was appointed as new prime minister on Oct. 22, 2020, but he has failed to form a new cabinet because of his differences with Aoun over distribution of ministerial portfolios.

The United States, France, Russia and other international actors have been pressing Lebanon to form a cabinet to save the country from collapse. Political experts warn about complete chaos after Hariri's resignation.