Lebanese Prime Minister Saad al-Hariri agreed on Sunday a package of reforms with government partners to ease an economic crisis that has sparked protests aimed at ousting a ruling elite seen as riddled with corruption and cronyism. 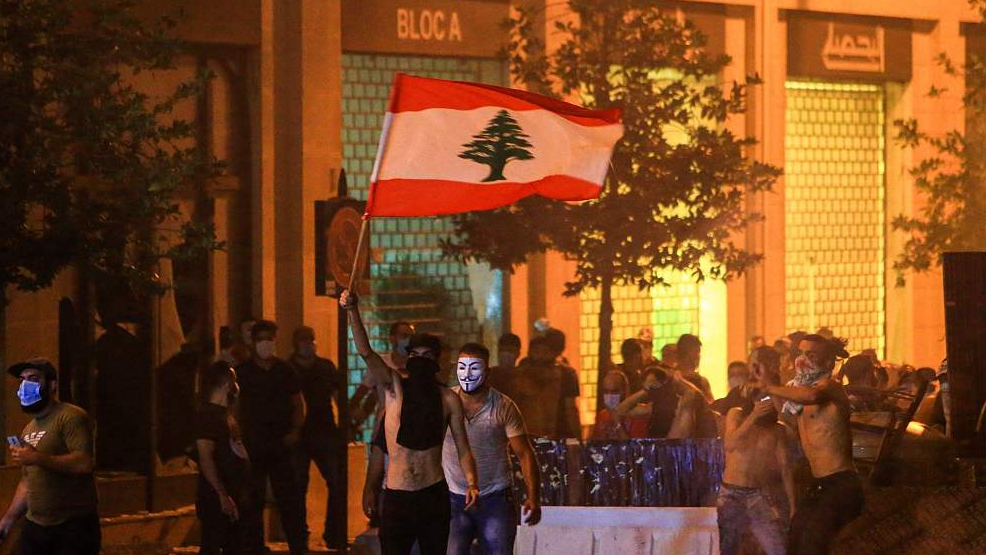 Demonstrators stand with a national flag behind a make-shift barricade amidst clashes with security forces during a mass protest at Riad al-Solh Square in Beirut, Lebanon, October 18, 2019. (Photos: VCG)

Officials said the agreement was reached as hundreds of thousands of protesters flooded the streets for a fourth day in the biggest show of dissent against the establishment in decades.

Hariri, who is leading a coalition government mired by sectarian and political rivalries, gave his feuding government partners a 72-hour deadline on Friday to agree reforms that could ward off crisis, hinting he may otherwise resign.

The reform decisions require a 50 percent reduction in salaries of current and former presidents, ministers and MPs plus cuts in benefits to state institutions and officials. It also obliges the central bank and private banks to contribute 3.3 billion U.S. dollars to achieve a "near zero deficit" for the 2020 budget.

It also includes a plan to privatize the telecommunications sector and an overhaul of the costly and crumbling electricity sector, which poses one of the biggest strains on the country's depleted finances.

Government sources said Hariri's cabinet would meet at midday on Monday at the presidential palace to approve the reform package.

The anti-government protests, fueled by crippling economic conditions and anger at perceived government corruption, have fanned out across the country since Thursday.

People of all ages and religions played patriotic songs and danced in the streets, with some forming human chains and chanting for their leaders to be ousted.

"I am here because I am disgusted by our politicians. Nothing works. This is not a state. Salaries are very low, prices are very high. We don't even have work these days," said Cherine Shawa, 32, an interior architect, in Beirut. 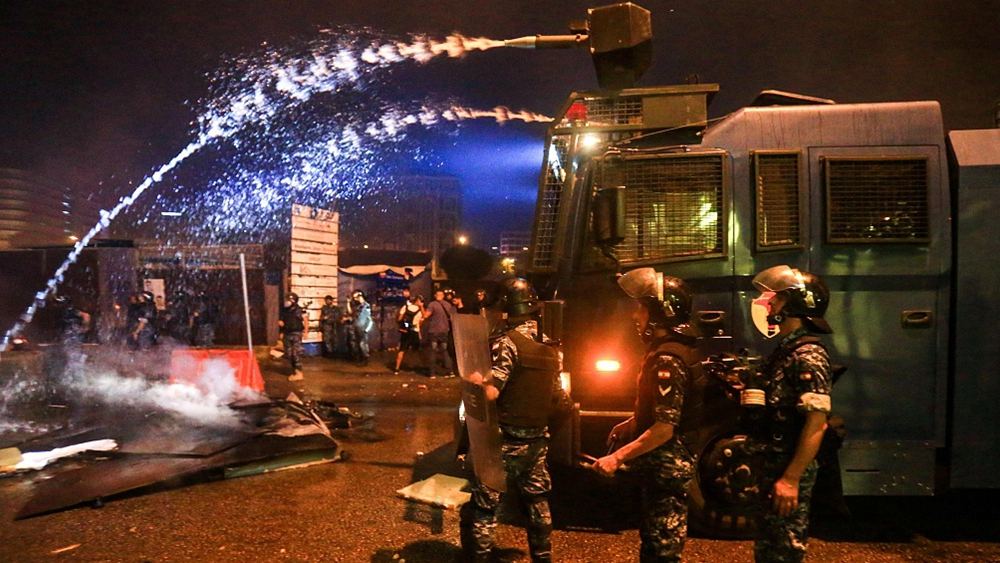 Ending rampant corruption is a central demand of the protesters, who say the country's leaders have used their positions to enrich themselves for decades through favorable deals and kickbacks.

"We're here to say to our leaders ‘leave'. We have no hope in them but we're hopeful that these protests will bring change," Hanan Takkouche, in her 40s and among a group of women in the capital.

Many blamed the ruling elite for driving their children out of Lebanon because they failed to build a country that could provide jobs.

Army troops and security forces deployed across the country and blocked roads leading to the presidential palace. Banks said they would remain closed on Monday and the main labor union announced a general strike, threatening further paralysis.