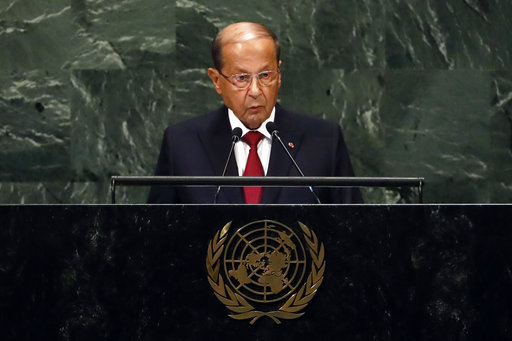 BEIRUT, Jan. 7 (Xinhua) -- Lebanese President Michel Aoun assured on Monday that the Arab Economic and Social Development Summit will be held on time later this month in Beirut.

"The absence of a government in Lebanon is not a reason for postponing the summit because the caretaker government is exercising its powers in accordance with the Constitution," the presidential website quoted Aoun as saying.

Aoun made the remarks during his meeting with Tunisian Presidential advisor Lazhar Al-Qorawi Al-Chabi, who visited Lebanon to invite Aoun to the Arab League Summit scheduled in March in Tunisia.

Earlier this month, political sources told Al Jumhouriya local newspaper that the Secretariat of the Arab League is considering the possibility of postponing the Arab Economic and Social Development Summit because of the absence of a government in Lebanon.

Rafic Chlala, spokesman of the Beirut summit and the Lebanese president's media advisor, said on Friday that Lebanon had not received yet any request from the Arab League or any other entity for postponing the summit.