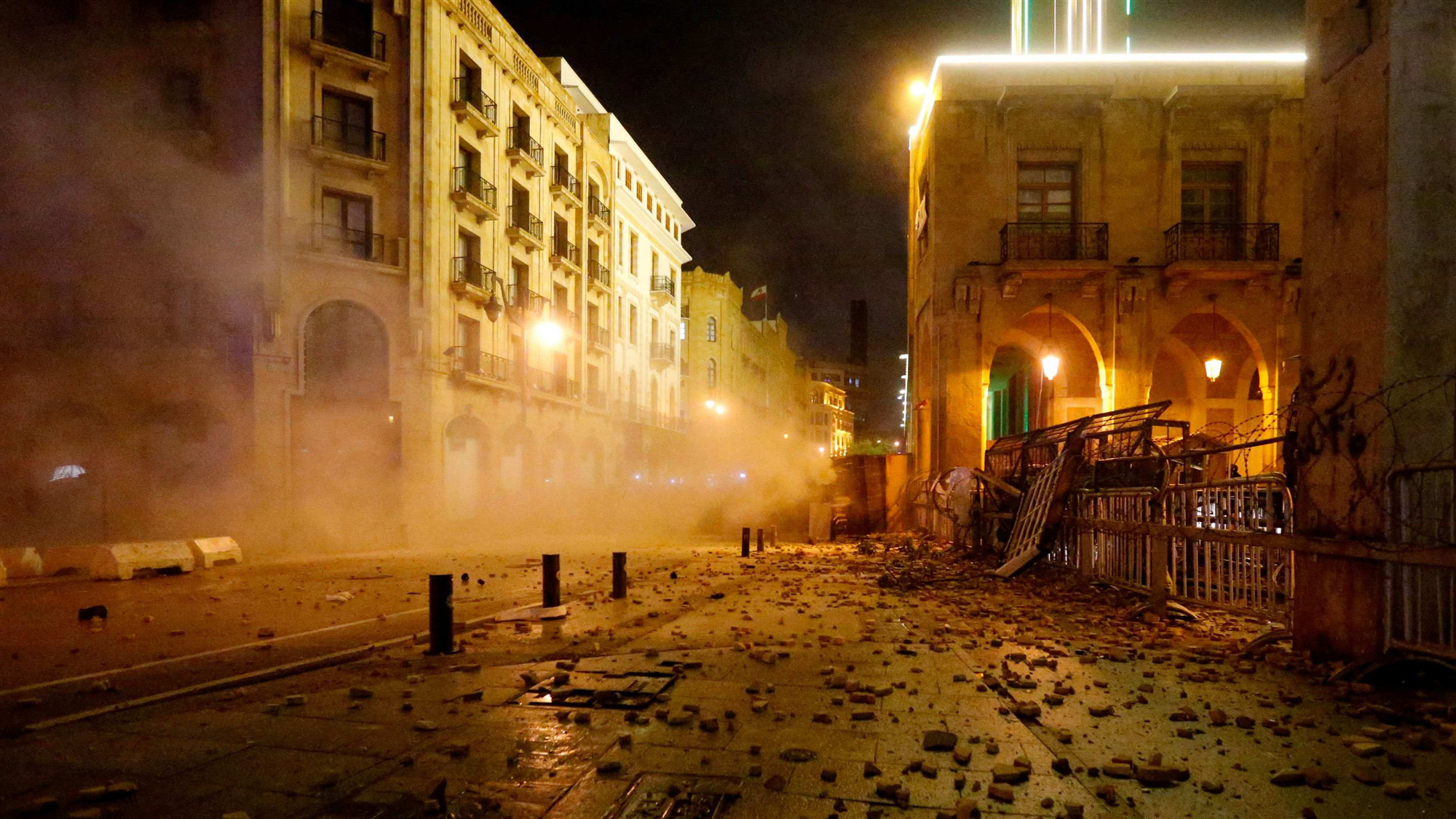 Among the injured, 30 people were transported by the Lebanese Red Cross to nearby hospitals, said the report.

Protesters attempted to break into the parliament by throwing stones at security forces who used water cannons to disperse demonstrators.

Hundreds of people yelled "revolution" in the commercial district of the capital. Protesters pelted riot police with stones and fireworks.

Some tried to climb over barbed wire and fencing to storm a heavily barricaded part of central Beirut that includes parliament. One man jabbed police with a pole across the barriers as the violence escalated.

Meanwhile, Lebanese President Michel Aoun on Sunday called for an urgent security meeting to be held on Monday with defense and interior ministers and security agencies to discuss the latest developments in the country.

The Internal Security Forces (ISF) urged people to remain calm and said otherwise it would be forced to repel them.

Human Rights Watch on Saturday called for an end to a "culture of impunity for abuse" by police, which it said fired tear gas canisters at some people's heads.

Interior Minister Raya al-Hassan said people had the right to protest but it was unacceptable to "blatantly assault" security forces.

Protesters have also turned their anger on the banks – which have curbed access to savings – with some smashing the facade of the banking association on Saturday night.

Heavy clashes had started a day earlier due to the failure of the ruling political class to adopt quick measures to save the deteriorating economy in the country.

Saturday's clashes caused a total of 169 injuries, according to the Lebanese Red Cross.

Protests have escalated in the past few days due to officials' failure to form a cabinet of independent ministers capable of dealing with the country's multiple crises.

Nationwide protests started in Lebanon on October 17, 2019 and they succeeded to topple the government of Prime Minister Saad Hariri and led to the appointment of Hassan Diab as the new prime minister.