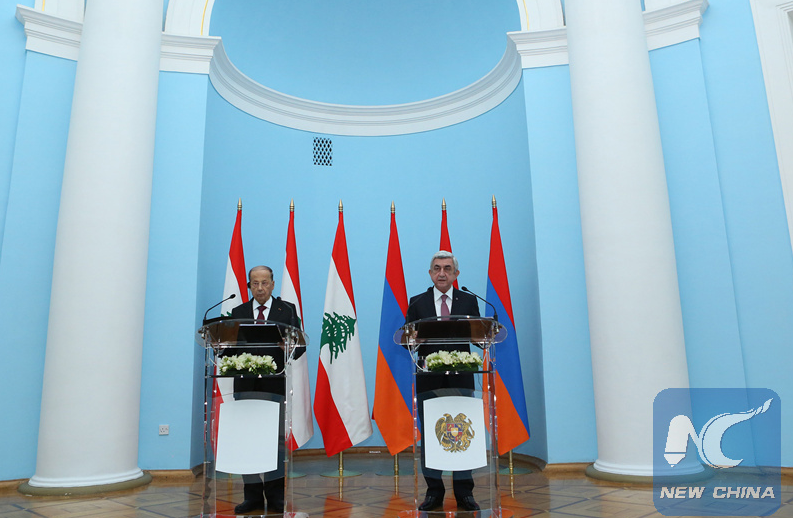 According to a statement released by the Armenian presidency, Sargsyan expressed Armenia's interest in deepening ties with "friendly" Lebanon, and is confident that Aoun's visit to Armenia would "open a new page in our relations."

For his part, Aoun expressed hope to enhance relations between the two nations. "There are a lot of areas we can work in for the benefit of our two countries," Aoun was quoted as saying.

The Lebanese president has been on an official two-day visit to Armenia since Wednesday.

Lebanon is home to an influential Armenian community which occupies six seats in the 128-member Lebanese parliament.