BEIRUT, Nov. 5 (Xinhua) -- Lebanon's state security arrested on Tuesday a suspect wanted for the killing of two Lebanese officers during an attack on an army patrol in the eastern town of Arsal in February 2013.

The suspect also helps secure the transportation of terrorists from and to Lebanon, said Elnashra, an online independent newspaper.

Lebanon has, in the past few months, arrested a number of terrorists who were behind attacks in the country.

The latest terrorist attack in Lebanon was carried out by Abdel Rahman Mabsout, an Islamic State member, who blew himself up in Tripoli in August, killing four members of the Lebanese army and internal security forces. 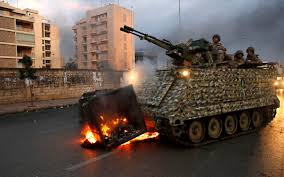