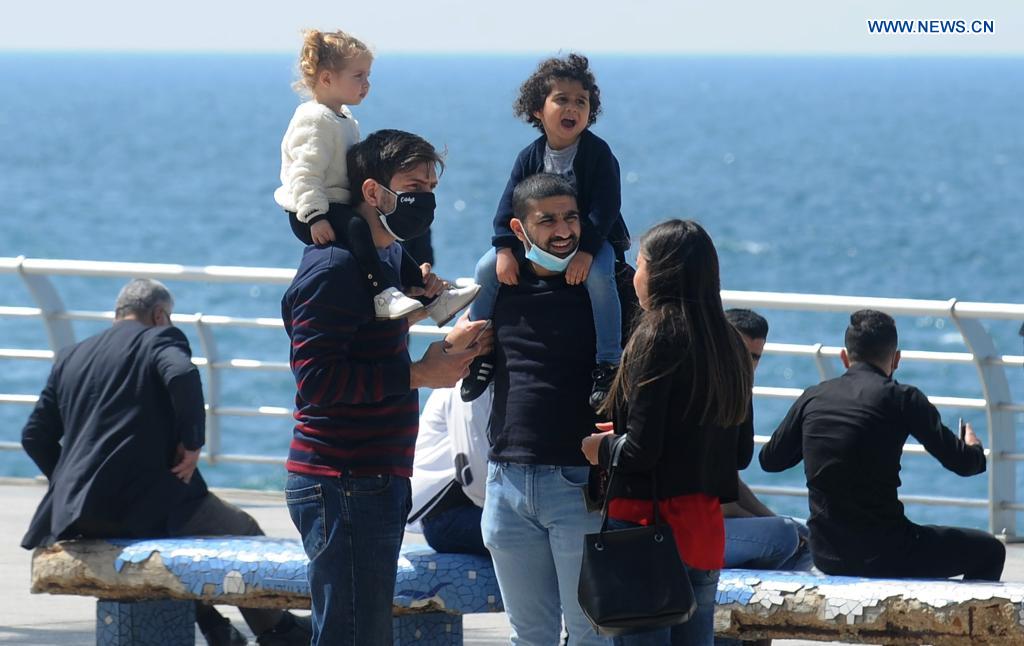 Firas Abiad, director of Rafic Hariri University Hospital, told Xinhua that one of the most important challenges facing Lebanon is the inaccuracy in the number of infections in the country as people tend to avoid doing PCR tests if they do not show symptoms of the virus.

Abiad also noted that Lebanon does not have the capacity to conduct genetic sequencing which can help monitor mutations in COVID-19 and improve the diagnostic, testing and transmission tracking.

"We need the genetic sequencing to be able to detect which variants we have in Lebanon," he explained.

Besides, Lebanon cannot bear to adopt any lockdown measures in the near future to fight against a possible future increase in infections given the dire economic situation in the country, Abiad added.

His remarks were reiterated by Head of the Parliamentary Health Committee Assem Araji, who said that the Lebanese government cannot give financial support to its population during lockdown time, and it cannot force people to stay home and not work to make a living.

Lebanon has adopted several periods of lockdown over the past few months in hope to curb the number of infections.

However, lockdown measures were met with criticism by companies who have lost a big chunk of their revenues due to these imposed restrictions.

This has motivated a big number of businesses to register their employees for vaccination with Lebanese medical companies, such as Pharmaline pharmaceutical company which has started importing the Russian Sputnik V vaccine for the private sector in Lebanon.

So far, local medical companies have been able to secure only a small number of vaccines for private sector employees while the vaccination process through the Health Ministry has also been slow due to the lack in sufficient quantities of vaccines.

One of the biggest challenges facing Lebanon is the slow vaccination process with only 5.9 percent of the Lebanese population having administered their first vaccine dose and only 3.2 percent having received their two shots, said Araji.

"Only approximately 1.2 million out of around 6 million people have registered on the vaccination platform so far and this is a big problem," he said.

Lebanon has so far received around 550,000 vaccines from Pfizer-BioNTech, AstraZeneca and Sinopharm through the Health Ministry. The country is expected to receive 900,000 jabs of the Pfizer-BioNTech vaccine in June and 500,000 doses from AstraZeneca.

Araji also noted that strict measures should be adopted at the airport, on land and maritime borders to monitor cases that enter Lebanon amid the new COVID-19 variant.

For her part, Pediatric Infectious Diseases Specialist Rima Khinkarly told Xinhua that people arriving in Lebanon must quarantine for seven days at least as it is the case in some other countries before being able to socialize.

"This is not case today; people are barely ordered to quarantine for 24 hours which is not enough at all," Khinkarly said, adding that the government must adopt a tracking system to ensure that people are taking proper precautionary measures.