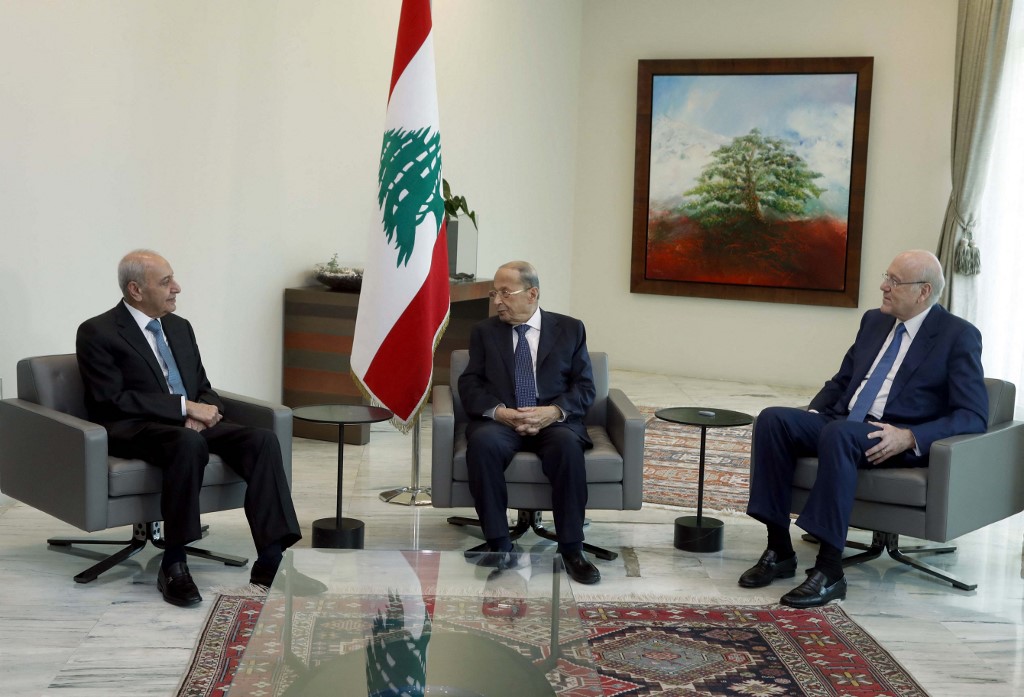 A handout picture provided by the Lebanese photo agency Dalati and Nohra on September 10, 2021 shows President Michel Aoun (C) meeting with Parliament Speaker Nabih Berri (L) and Prime Minister-designate Najib Mikati at the presidential palace in Baabda, east of the capital Beirut, ahead of the announcement of the formation of a new Lebanese government. (Photo: AFP)

BEIRUT, Sept. 10 (Xinhua) -- The Lebanese Presidency announced on Friday that a new government has been formed, breaking over one year of political deadlock in the crisis-torn country.