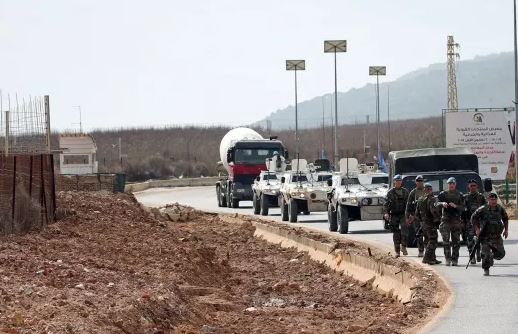 BEIRUT, Sept. 7 (Xinhua) -- Russian Ambassador to Lebanon Alexander Zasypkin has ruled out the possibility of a war between Lebanon and Israel despite the recent clashes on the border, local media reported on Saturday.

"Russia has contacted all involved parties to prevent the occurrence of any escalation on this front," Zasypkin was quoted as saying by Elnashra, an online independent newspaper.

His remarks came after the recent exchange of fire on the Israel-Lebanon border between Israeli forces and Iranian-allied Hezbollah forces after Israeli drones attacked Hezbollah targets in Lebanon.

Zasypkin said that all parties must work hard to prevent escalation while praising Lebanon's stance in this regard.

Meanwhile, the Russian diplomat said the United Nations Interim Forces in Lebanon (UNIFIL) must maintain the same responsibilities because any change in its duties will lead to dangerous repercussions which will impact south Lebanon's security.

UN Under-Secretary-General for Peace Operations Jean-Pierre Lacroix held talks with Lebanese officials earlier this year to reinforce the presence of Lebanese army in the south and the capabilities of the Lebanese navy in order to cut the UNIFIL's Maritime Task Force's security responsibilities due to a tight budget.

This proposal was on many occasions rejected by Lebanese officials who insisted on extending the UNIFIL's mandate without cutting its budget or modifying its mission.