Lebanon's president said Saturday he will set a date for formal consultations with lawmakers to pick a new prime minister soon but is working to resolve some unspecified complications first.

Widespread protests, which began over two weeks ago, continued in several parts of Lebanon on Saturday despite the resignation of Saad al-Hariri as prime minister on October 29.

What does Aoun have to do?

President Michel Aoun is obliged to hold a formal period of consultations with members of parliament and designate the figure with the most support as the new prime minister who will be tasked with forming a government.

Aoun has not yet set a date for those consultations to begin but said he had been making the "necessary calls" to lay the ground for them to start. 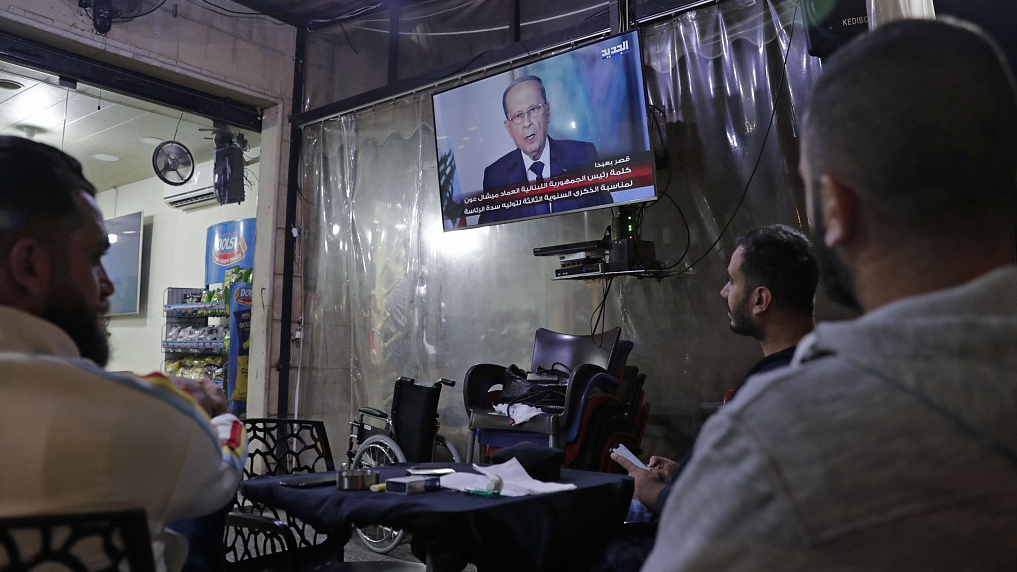 Lebanese men watch a televised speech by President Michel Aoun on the third anniversary of his presidency, at a cafe in Beirut, October 31, 2019. (Photos: VCG)

"The challenges in front of the future government require a rapid but not hasty approach to the designation process because rushing in such cases can have harmful consequences," the presidency media office said in a statement.

What do protesters want?

The protests have been less intense since Hariri resigned, but demonstrators are still on the streets, and one of their main demands is for the rapid formation of a new government led by technocrats to carry out badly needed economic reforms.

The nationwide protests that erupted on October 17 tipped Lebanon into political turmoil as it grapples with the worst economic crisis since the 1975-90 civil war. 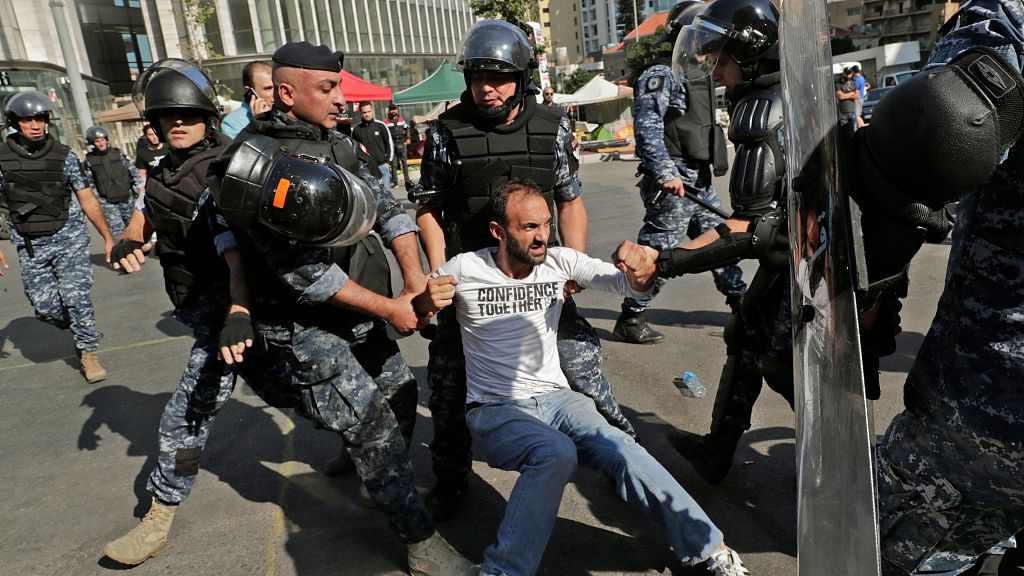 The uprisings caused banks to close for two weeks on security concerns. Analysts and bankers had cited widespread concern about a rush by depositors to withdraw their savings or transfer them abroad when the banks reopened.

No formal capital controls were imposed when banks opened their doors on Friday, but customers encountered new curbs on transfers abroad and withdrawals from U.S. dollar accounts, bankers and customers said.

The head of Lebanon's banking association said banks did not see "any extraordinary movement" of money on Friday or Saturday. Central bank Governor Riad Salameh said the reopening of banks "in general ... did not cause any disturbance at any bank."