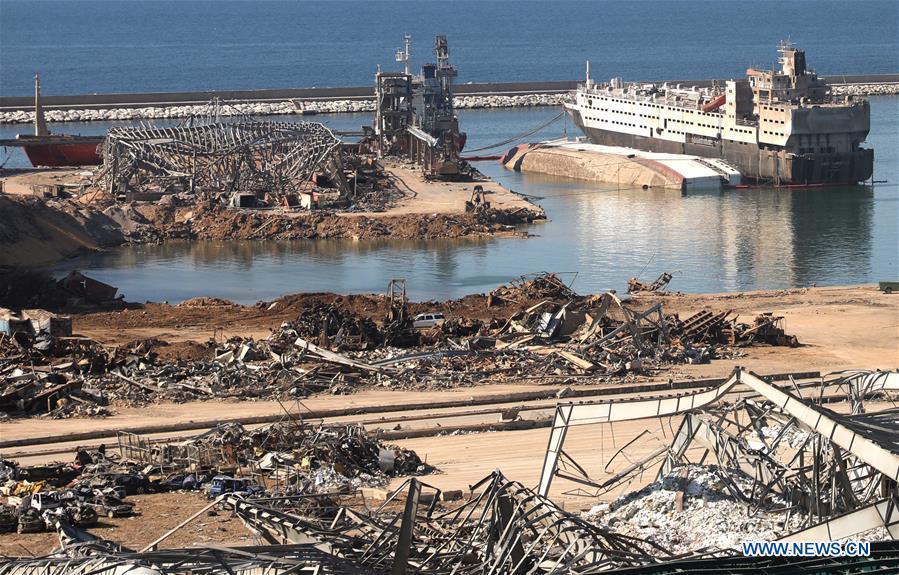 UNITED NATIONS - The damage toll in Lebanon following the Beirut blast is rising as the United Nations and partners continue their assessment, now reporting more than 290,000 people who have been left jobless, a UN spokesman said on Monday.

The statistics showed that an estimated 220,000 people have lost their jobs from the beginning of the October financial crisis while 70,000 people can no longer work because of the Aug. 4 explosion, said Stephane Dujarric, spokesman for UN Secretary-General Antonio Guterres. The figures did not include those who lost jobs because of COVID-19.

At least 2,000 doctors have been either injured or their clinics destroyed, Dujarric said, putting the total number of buildings damaged at 40,000, including 3,000 residential structures severely damaged.

The UN Relief and Works Agency said there have now been eight deaths from the disease among Palestinian refugees in Lebanon.

The UN Refugee Agency (UNHCR) is mobilizing 35 million U.S. dollars for its emergency response to the most vulnerable Lebanese, refugees and migrant households in the capital.

The agency said its aid stockpile in the country was not affected by the explosion, making available to the Lebanese Red Cross and other partners shelter kits, blankets, plastic sheeting, mattresses and other critical items for survivors.

In a related development, the spokesman said the Spanish contingent of the UN Interim Force in Lebanon (UNIFIL), operating in the mission's East Sector has donated firefighting equipment to the Lebanese Civil Defense.

The donation to seven Civil Defense centers will help up to 175,000 people living in the Marjayoun district, southeast of Beirut, where the contingent is headquartered.