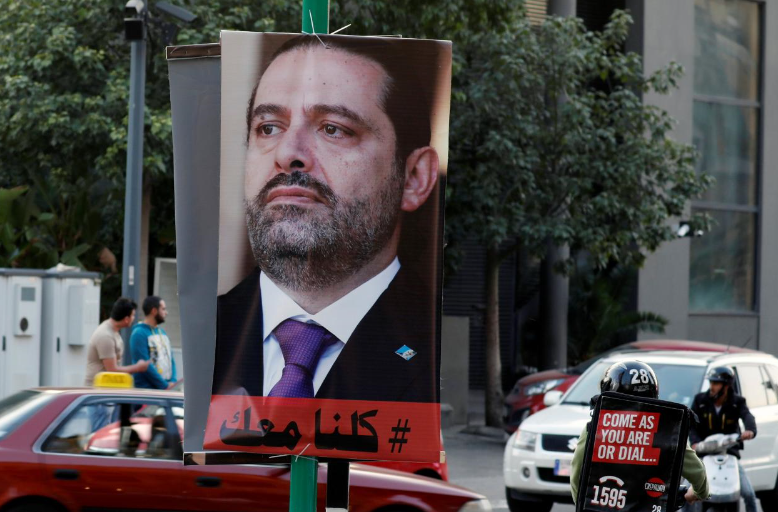 Saad al-Hariri, who sparked a crisis by resigning as Lebanese prime minister on Nov. 4 during a visit to Saudi Arabia, is on his way to the airport, he said early on Saturday, before his flight from Riyadh to France.

Hariri’s abrupt resignation while he was in Saudi Arabia and his continued stay there caused fears over Lebanon’s stability. His visit to France with his family to meet President Emmanuel Macron is seen as part of a possible way out of the crisis.

However, Okab Saqr, a member of parliament for Hariri’s Future Movement, said that after Hariri’s visit to France, he would have “a small Arab tour” before traveling to Beirut.

Macron, speaking in Sweden, said Hariri “intends to return to his country in the coming days, weeks”.

The crisis has thrust Lebanon into the bitter rivalry pitting Saudi Arabia and its allies against a bloc led by Iran, which includes the heavily armed Lebanese Shi‘ite Hezbollah group.

In Lebanon, Hariri has long been an ally of Riyadh. His coalition government, formed in a political deal last year to end years of paralysis, includes Hezbollah.

President Michel Aoun, a political ally of Hezbollah, has called Hariri a Saudi hostage and refused to accept his resignation unless he returns to Lebanon.

Saudi Arabia and Hariri say his movements are not restricted. On Wednesday, Macron invited Hariri to visit France along with his family, providing what French diplomats said might be a way to reduce tensions surrounding the crisis by demonstrating that Hariri could leave Saudi Arabia.

Lebanese politicians from across the political spectrum have called for Hariri to return to the country, saying it is necessary to resolve the crisis. 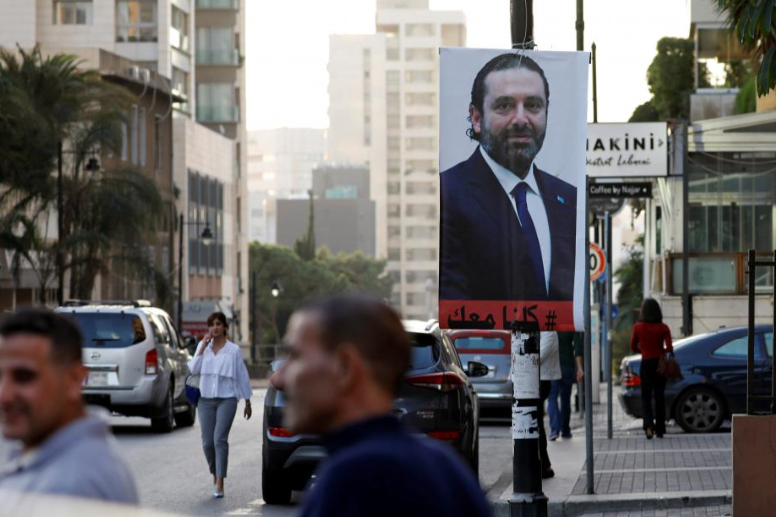 “We have adopted self-restraint so far to arrive at this result so that we don’t head towards diplomatic escalation and the other measures available to us,” he said during a European tour aimed at building pressure for a solution to the crisis.

Saudi Arabia regards Hezbollah as a conduit for Iranian interference across the Middle East, particularly in Syria, Yemen and Bahrain. It says it has no problem with Hezbollah remaining a purely political party, but has demanded it surrender its arms, which the group says are needed to defend Lebanon.

Although Riyadh has said it accepted Hariri’s decision to join a coalition with Hezbollah last year, after Hariri announced his resignation Saudi Arabia accused Lebanon of declaring war on it because of Hezbollah’s regional role.

Lebanon, where Sunni, Shi‘ite, Christian and Druze groups fought a 1975-1990 civil war, maintains a governing system intended to balance sectarian groups. The prime minister is traditionally from the Sunni community, of which Hariri is the most influential leader.

On Friday, Hariri said in a tweet that his presence in Saudi Arabia was for “consultations on the future of the situation in Lebanon and its relations with the surrounding Arab region”.

His scheduled meeting with Macron in Paris on Saturday, and a lunch that his family will also attend, comes the day before Arab foreign ministers meet in Cairo to discuss Iran.

But she said not all the countries share Riyadh’s view that one way to confront Iran is to apply pressure on Lebanon.

“There is quite a widespread understanding that there is only so much Lebanon can do and it doesn’t serve anybody to turn Lebanon into your next arena for a fight between Iran and Saudi Arabia,” said.