WORLD Lebanon's Hariri says he will not be PM again

Lebanon's Hariri says he will not be PM again

Lebanon's caretaker Prime Minister Saad Hariri said Wednesday he would not seek to stay on as prime minister, ahead of much-delayed consultations to give the protest-wracked country a new government. 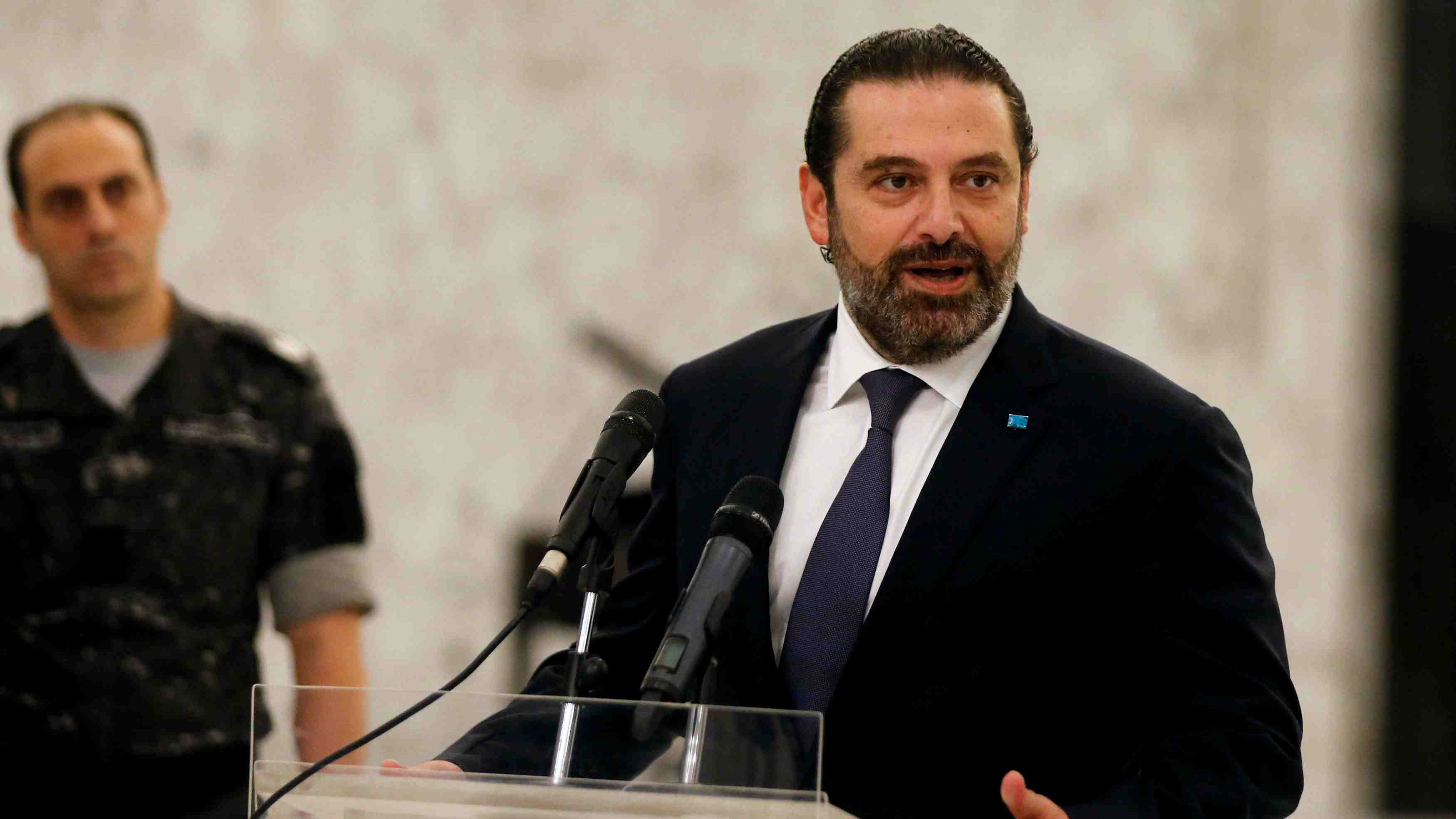 The announcement came after his forced resignation following the protests erupted on October 17.

The protesters have demanded a government made up solely of experts not affiliated to the country's traditional political parties.

However, religious leaders said that they did not rule out considering his candidacy. Sunni Muslim establishment has also voiced support for the country's leading Sunni politician.

Hariri said his name was drawing too much opposition for him to be a candidate when official consultations to pick a new line-up begin on Thursday.

"I have strived to meet their demand for a government of experts, which I saw as the only option to address the serious social and economic crisis our country faces," Hariri said.

"I announce I will not be a candidate to form the next government," he said in a statement.

Lebanon's economy has been sliding towards default in recent weeks, but the main political parties have so far failed to respond to calls from the street and international partners by forming a credible cabinet capable of undertaking key reforms.

The consultations for a new cabinet have been postponed twice already and it remains to be seen whether they will indeed take place on Thursday and whether Hariri's chances of a third mandate as prime minister are really over.

The power-sharing system that was enshrined after the end of Lebanon's 1975-1990 civil war means that the prime minister's position should be filled by a member of the Sunni Muslim community.

Several names were floated since Hariri resigned, but his own eventually came back to the fore and his withdrawal leaves a major question mark hanging over Thursday's scheduled talks.

While the huge crowds that filled the squares of Beirut, Tripoli and other Lebanese cities two months ago have dwindled, the protest movement is still alive and keeping its politicians in check.

The candidacy of a billionaire who was presented as an alternative to Hariri was quickly shut down by angry crowds last month and attempts by deputies to pass contested laws were thwarted by demonstrators blocking access to parliament.

The past few days were marked by a spike in tensions on the ground, with counter-demonstrators supporting Shiite parties Amal and Hezbollah clashing with security forces.

Tensions have been further heightened with banks unable to respond to a stinging liquidity crunch.

The Lebanese pound, officially pegged to the U.S. dollar, has lost around 30 percent of its value on the black market.