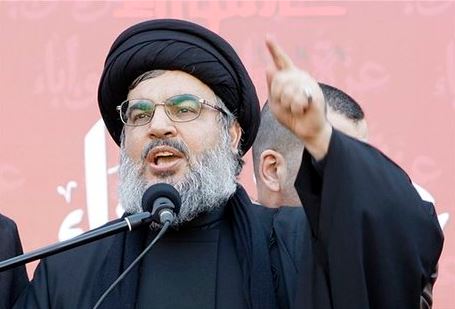 BEIRUT, Oct. 19 (Xinhua) -- Lebanon's Hezbollah leader Sayyed Hassan Nasrallah said Saturday that his party does not support the resignation of the current government despite nationwide protests.

"We do not support the resignation of the current government" and "new parliament elections will lead to the same current parliament, so we should not waste time on these proposals," Nasrallah was quoted by the National News Agency as saying.

He said the current situation should not be blamed on the current government, but on the policies of the past 30 years.

However, Nasrallah called on the government under Prime Minister Saad Hariri to adopt "a new agenda and a new spirit," noting that the Lebanese people can no longer bear new taxes.

Protests broke out in Lebanon on Thursday evening after the government discussed the 2020 state budget, with an aim to adopt austerity measures in order to reduce the budget deficit.

The government plans to impose taxes on oil commodities, tobacco and luxurious items, in addition to imposing a daily fee on using WhatsApp and other Internet calling applications, and increasing the Value Added Tax.

Hariri on Friday gave political parties 72 hours to find a solution to the country's crisis.