Lebanon's Hezbollah says 'fully prepared for any war with Israel'

Hezbollah leader Sayyed Hassan Nasrallah said on Saturday that the Lebanese group does not fear any Israeli war and is fully prepared for it. 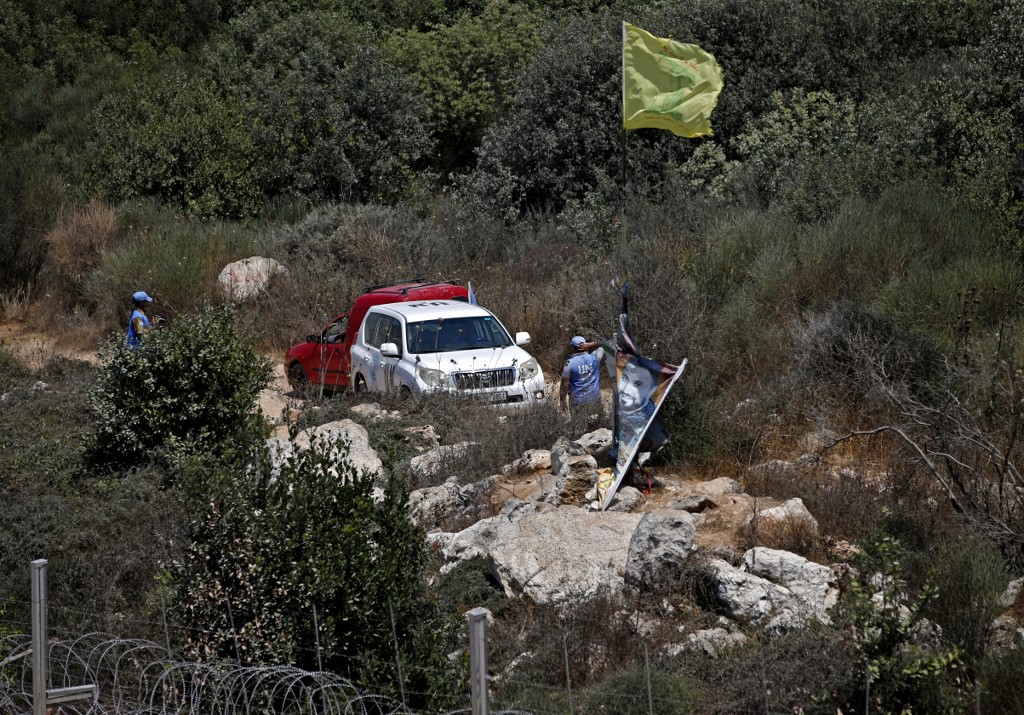 United Nations peacekeepers stand next to a Hezbollah flag raised on the Lebanese side of the border fence with Israel, near the northern Israeli settlement of Shtula on July 20, 2021. (Photo: AFP)

"We are fully prepared for the war and we are certain that we will win it," Nasrallah said in a televised speech to mark the 15th anniversary of a war between Israel and Lebanon in 2006.

Nasrallah's comments come after Hezbollah and the Israeli army exchanged cross-border fire this week. Hezbollah fired rockets on Friday against Israeli targets in the occupied Shebaa Farms in retaliation for Israeli airstrikes on Thursday in southern Lebanon.