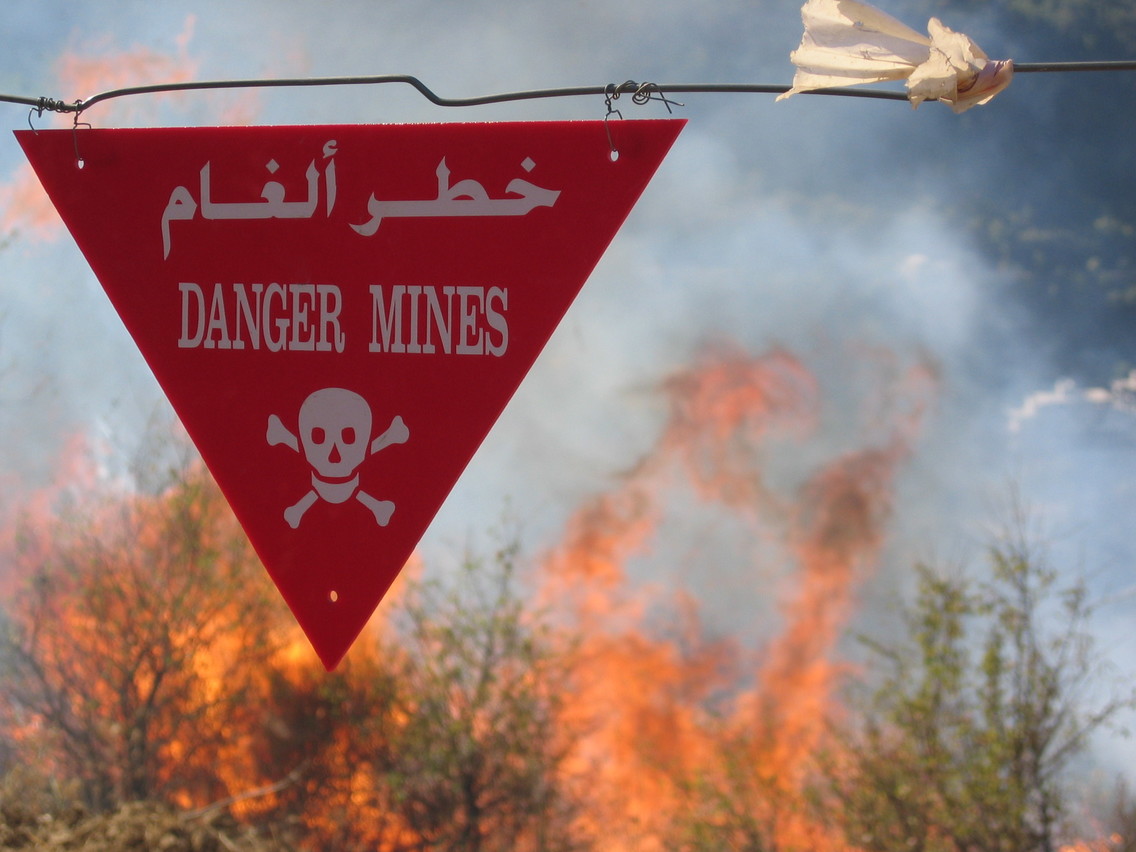 The agreement with the UNDP addresses the humanitarian and development impacts of mines, cluster munitions and explosive remnants of war, and will further empower the Lebanese Mine Action Centre, a part of the Lebanese Armed Forces.

As for the deal with the Netherlands, it is a donation one that covers all the expenses of the Lebanese National Mine Action Program for a period of three years.

Caretaker Defense Minister Zeina Akar said the signature of the two agreements come at a time when mines and explosive remnants of war are still causing innocent casualties and remain a threat to the safety of citizens.

UNDP resident representative in Lebanon Celine Moyroud highlighted the importance of long-term partnership between the Lebanese Defense Ministry, the Lebanese army, and the UNDP in the field of demining.

For his part, Ambassador of the Netherlands to Lebanon Hans Peter van der Woude affirmed his country's support for the demining project.

"The Netherlands is one of the first countries that supported and still supports the mine-clearing project, and it calls on Lebanon to join the Ottawa Convention for a mine-free world," the Dutch diplomat said.