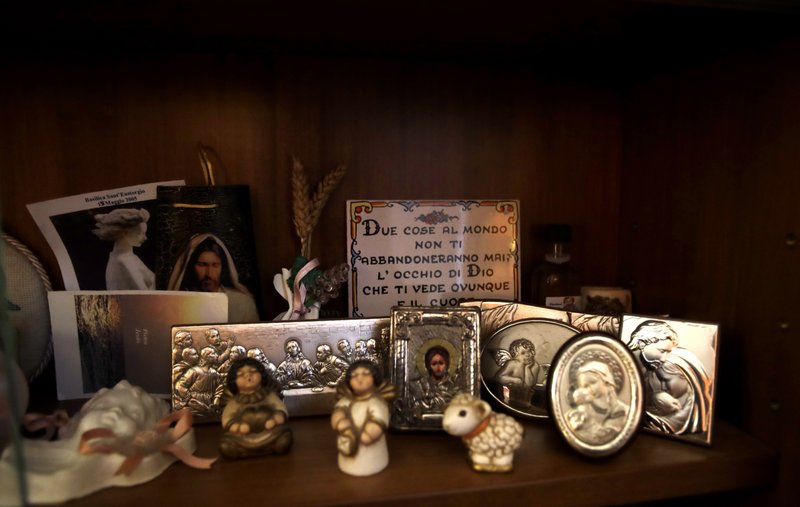 In this picture taken on Friday, Jan. 31, 2020 religious miniatures are displayed in a showcase at Yolanda Martinez Garcia's home, during an interview with the Associated Press, in Milan, Italy. (Photo: AP)

The Legion of Christ religious order is promising accountability and transparency following damaging new revelations of sex abuse and cover-up that have undermined its credibility, a decade after revelations of its pedophile founder disgraced the order.

The Legion vowed to investigate the confirmed cases of past abuse by 33 priests and 71 seminarians. The Mexico-based order said it would reach out to the victims, publish the names of those found guilty of abuse in either a church or a state court, and punish superiors responsible for “gross negligence” in the handling of abuse accusations.

The measures described in a statement late Wednesday were responding to a burgeoning new scandal involving the order. The Vatican took over the Legion 10 years ago following revelations that its late founder, the Rev. Marcial Maciel, raped his seminarians, fathered at least three children and built a secretive, cult-like order to hide his double life.

Recent revelations have shown the Legion’s abuse problem went far beyond Maciel. Newly public cases exposed generational chains of abuse and high-level cover-up by superiors who are still in power. The cases indicated that the Vatican envoy who was tasked with reforming and purifying the order was part of the cover-up.

In its statement, the Legion officially retracted the years-long campaign it mounted to defame and discredit the original group of men who went public in the 1990s to accuse Maciel. The Legion begged their forgiveness and admitted it hadn’t made reparations to them all.

But the Legion’s statement included no specific promises to compensate the original victims or any other abuse survivors, saying only that it was prepared to pay for “necessary therapy” and other assistance.

As a result, former Legionaries and victims dismissed the measures as mere damage control. The Legion made reparation pledges in the past but did not follow through on them. The order also vowed before to change course, but Maciel’s old guard remains in power.

The Rev. Christian Borgogno, a former Legion priest who co-founded a Facebook group about the order, noted that most of the new measures merely conform to what the rest of the church does. In addition, he noted that the Legion is only promising to publish names of convicted abusers, not those who have been credibly accused, as dioceses and religious orders in the US and Chile do.

“Essentially, they’re presenting as a tremendous step forward standards that are obsolete compared to the current practice in the church,” he wrote.

The measures were contained in two new documents approved by the Legion’s leadership, which has been meeting in Rome for several weeks to elect new leaders and set policy decisions. They were presented by the Rev. John Connor, an American who was elected superior general in a shift from the Mexican control of the order that dated from its 1941 founding in Mexico.