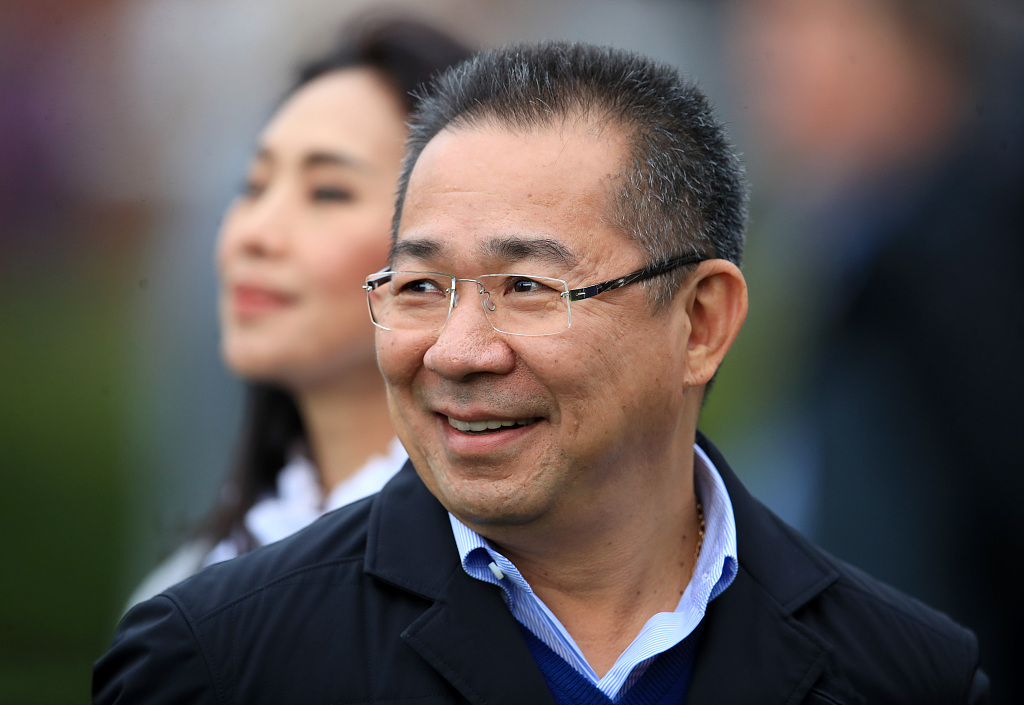 LONDON, Oct. 28 (Xinhua) -- English Premier League club Leicester City confirmed on Sunday night that their Thai Chairman Vichai Srivaddhanaprabha, along with other four people, had been killed in a helicopter crash.

"It is with the deepest regret and a collective broken heart that we confirm our Chairman, Vichai Srivaddhanaprabha, was among those to have tragically lost their lives on Saturday evening when a helicopter carrying him and four other people crashed outside King Power Stadium. None of the five people on-board survived," the club announced in a statement.

The aircraft took off from the center circle of the stadium after their 1-1 draw with West Ham in the Premier League. The helicopter, an Augusta Westland AW-169, began to spin and crashed in the corner of a car park just hundreds of meters away from stadium before bursting into flames.

A police officer rushed towards the helicopter and attempted to pull open the door to save those inside, before an "explosion" turned the wreckage into a fireball and forced the officer back, witnesses said.

English reports said earlier that Srivaddhanaprabha's daughter was also on board the helicopter but police said that she was not among the dead.

"The primary thoughts of everyone at the club are with the Srivaddhanaprabha family and the families of all those on-board at this time of unspeakable loss," said the statement. "Leicester City was a family under his leadership. It is as a family that we will grieve his passing and maintain the pursuit of a vision for the club that is now his legacy."

According to the statement, a book of condolence, which will be shared with the Srivaddhanaprabha family, will be opened at King Power Stadium from 8 a.m. on Tuesday for supporters wishing to pay their respects.

Both Tuesday's First Team fixture against Southampton in the EFL Cup and the Development Squad fixture against Feyenoord in the Premier League International Cup have been postponed, it said.

Srivaddhanaprabha, 60, is a Thai billionaire and the founder of duty-free consortium King Power International.

A polo lover, he bought the then Championship side Leicester City in 2010 for 39 million pounds and led the club to the Premier League title in 2016 and reach the Champions League quarterfinals a year later.