WORLD Lesotho PM to be charged with murder of estranged wife: police

Lesotho PM to be charged with murder of estranged wife: police 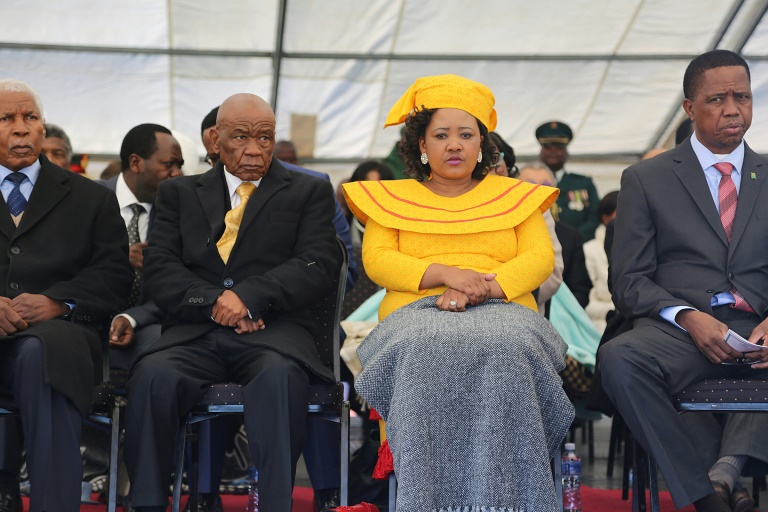 Lesotho Prime Minister Thomas Thabane is expected on Friday to be charged with the murder of his estranged wife, who was gunned down two days before his inauguration in 2017, police said Thursday.

The news came as Thabane announced he would step down on July 31, following pressure from his party to quit over the scandal.

"It has been agreed with his lawyer that he will appear (in court) and he will be formally charged with... murder," Deputy Police Commissioner Paseka Mokete told AFP of the case that has also drawn in the prime minister’s current wife.

Lilopelo Thabane, 58, was killed in June 2017 by unknown assailants on the outskirts of the capital Maseru, two days before the premier, now aged 80, took office.

The couple had been embroiled in bitter divorce proceedings when Lipolelo was murdered in front of her home in the capital Maseru.

Her death shook the tiny mountainous kingdom of Lesotho, which is entirely surrounded by South Africa.

Police investigations found that communications records from the day of the murder included his cell phone number.

"It has to be understood that it does not necessarily mean he was there but that he was acting in common purpose," Mokete said.

On Tuesday, Thabane's current wife Maesaiah Thabane, 42, appeared in court charged with the same murder of her rival.

"She was charged (with murder) under common purpose even though she did not pull the trigger, but people she was acting in consent with pulled the trigger," said Mokete by phone.

The long unresolved murder had plunged the PM's leadership into question, forcing his All Basotho Convention (ABC) party to ask him to resign.

The ABC had given him until Thursday to step aside but he snubbed their deadline, instead saying he will only go on July 31.

"I will be retiring as the prime minister effectively from the end of July," he said in an address on national radio.

"I hope that the remaining months that I will spend in office will afford parliament and my party enough time to work on transitional arrangements."

Thabane's re-election in 2017 had brought hopes of stability to Lesotho, a country with a long history of turmoil.

He first came to power in 2012 as head of the country's first coalition government, formed after an inconclusive vote.

But his second term was rocked by Lipolelo's murder and ructions in the ruling party, buffeting the picturesque kingdom of 2.2 million people.