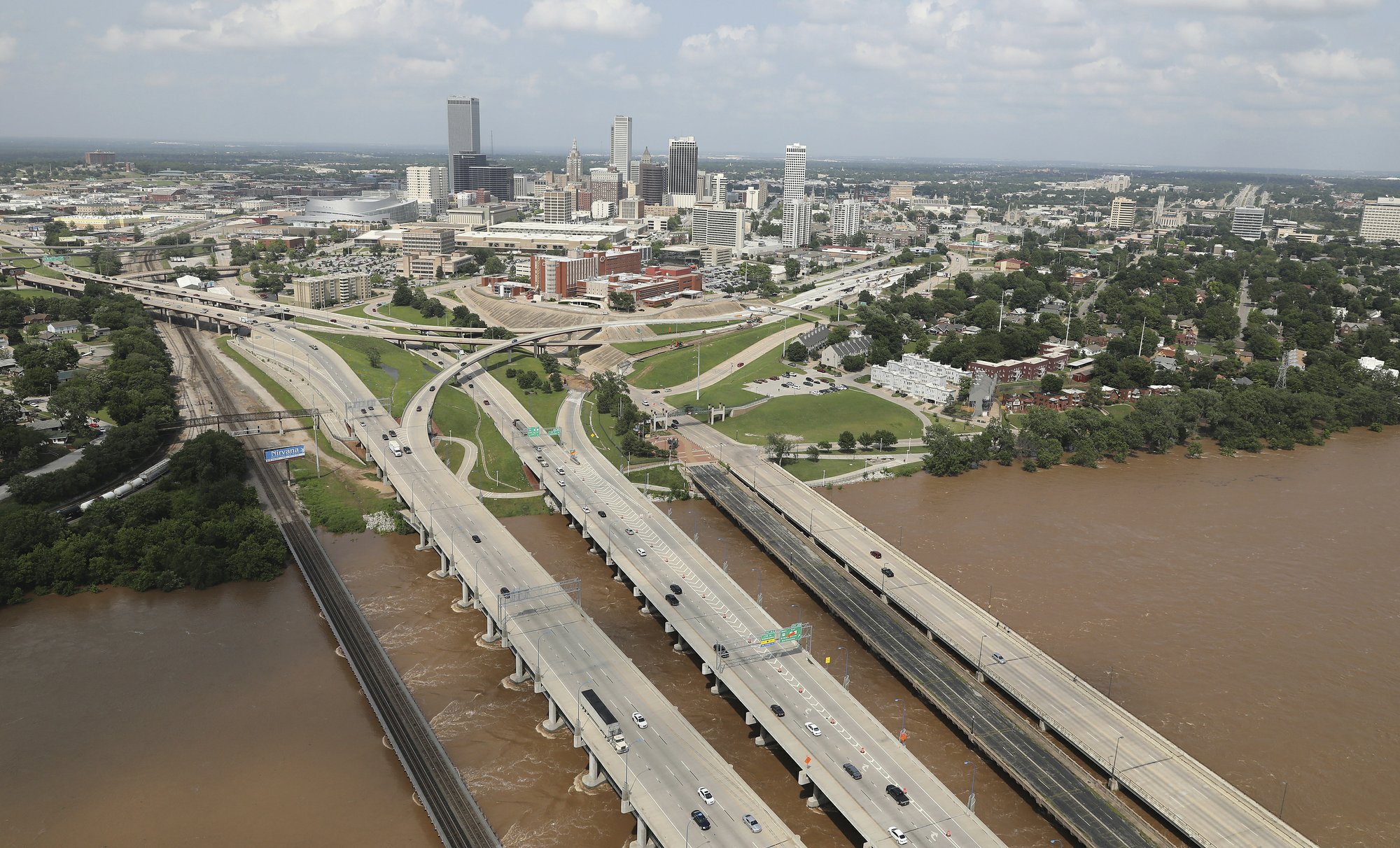 Floodwaters from the Missouri River have topped a levee at Jefferson City and shut down some streets around the state Capitol as residents continue cleaning up from a powerful tornado.

The flooding Friday had been forecast following heavy rain throughout the Midwest earlier in the week. Yet it still caught some people by surprise, as it came on a hot sunny day. The city’s airport had already been evacuated, but other residents and workers drove precariously through flooded roads in north Jefferson City to escape the rising waters.

The Capitol building sits on a bluff on the south side of the river and is not in danger of flooding.

The tornado that struck just before midnight Wednesday also spared the Capitol but tore a three-mile path through the city.

Gov. Asa Hutchinson has directed the Arkansas National Guard to send high-water rescue teams to the western part of the state in anticipation of what’s expected to be record flooding on the Arkansas River this weekend.

The governor said Friday that he directed the Guard to send two, 13-member rescue teams to western Arkansas by Saturday morning. Hutchinson says the team will follow the floodwaters as they move to the southeast through the state.

Hutchinson urged residents to follow instructions from local emergency officials, especially if an evacuation is ordered.

The Arkansas River is expected to crest at record levels in parts of the state because of a massive amount of water moving downstream from Oklahoma and Kansas.

The US Army Corps of Engineers in Tulsa is increasing the amount of water being released from a dam as flooding continues along the Arkansas River in Oklahoma and moves into western Arkansas.

Following an aerial tour of the region Friday morning, Sen. James Lankford said the release from Keystone Dam is being increased from 215,000 cubic feet per second to 250,000 cfs to control the flooding that has followed days of violent storms and heavy rains blamed for at least seven deaths in Oklahoma, Missouri and Iowa.

Lankford said the dam is doing what it should in keeping the flooding “at a manageable level.”

As the water flows downstream, record flooding is predicted in western Arkansas where the river is expected to reach 41 feet (12.5 meters) by Sunday. That’s nearly 20 feet (6 meters) above flood stage and 3 feet (0.9 meters) above the previous record.