Liberian President George Weah on Sunday put the country's health authorities on heightened alert after four people died of Ebola in neighbouring Guinea, the first resurgence of the disease in five years. 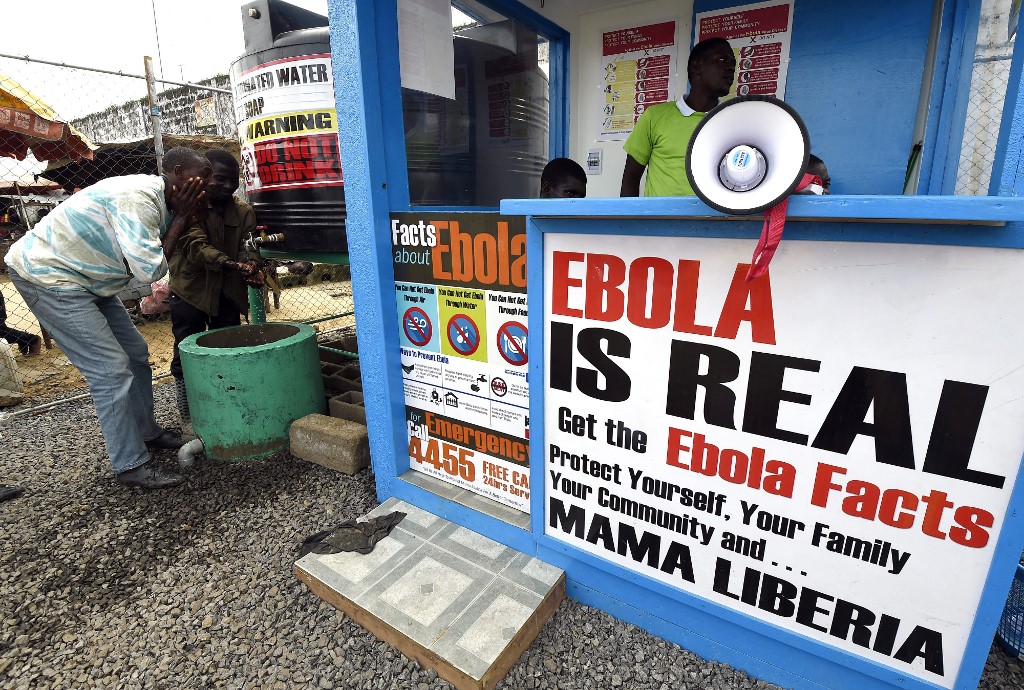 In this file photograph taken on September 30, 2014, Liberians wash their hands next to an Ebola information and sanitation station, raising awareness about the virus in Monrovia. (Photo: AFP)

Weah "has mandated the Liberian health authorities and related stakeholders in the sector to heighten the country's surveillance and preventative activities in the wake of reports of the emergence of the deadly Ebola virus disease in neighbouring Guinea," his office said in a statement.

Guinea's Health Minister Remy Lamah told AFP on Saturday that four people had died of Ebola, the first deaths since a 2013-2016 epidemic -- which began in Guinea -- killed 11,300 people across the region.

According to Weah's statement on Sunday, the new deaths occurred in Guinean town of Gouecke close to Liberia's northeastern border.

"However, no case of the disease has so far been detected in" Liberia, it insisted.

"The president's instruction is intended to ensure Liberia acts proactively to avoid any epidemic situation, the kind Liberia witnessed in 2014."

"While the health authorities are urged to increase their alert level, the general public is assured that there is no case of Ebola in Liberia and that the government is undertaking all measures to ensure that the public remains safe from the deadly virus."