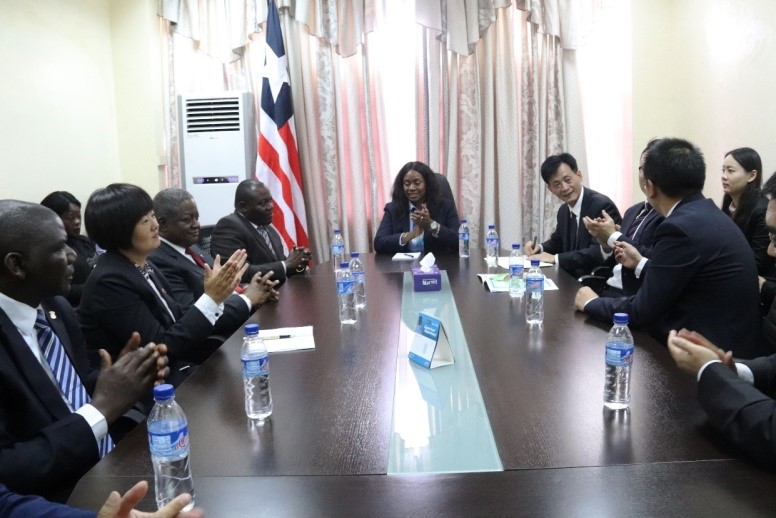 Liberia’s First Lady, Clar Marie Weah, has praised a visiting Chinese Henan Province Delegation for its willingness and readiness to partner with Liberia in supporting development initiatives of the country.

Mrs. Weah also praised the swiftness of the Henan Province Business Community in travelling to Liberia as a result of her trip to China in May this year.

The Liberian First Lady spoke Monday, June 18, 2018, when she received in audience a thirteen-member Chinese business delegation at her offices on Capitol Hill.

Mrs. Weah informed the delegation that Liberia is open to do business with China in ways that bring maximum benefits to the Liberian people especially through job creation, training opportunities among others.

The discussions between the First Lady and the Chinese Business Delegation focused on the need to support humanitarian initiatives in Liberia through the Clar Hope Foundation.

Mrs. Weah informed the delegation about the various projects and programs being identified by the foundation to improve the living condition of the less fortunate Liberians as she craves their support.

She particularly pointed out the need to empower rural women in agriculture by providing the needed skills and equipment, the construction of a maternal hospital and the Hope Community where wayward youth would be transformed among others. 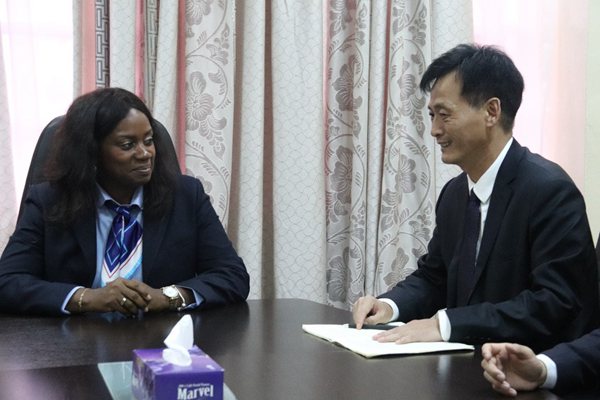 At the same time, First Lady Weah told the delegation of the urgent need for help at the government hospital in Grand Bassa County which was gutted by fires on two separate occasions recently.

She thanked Liberia’s Ambassador to the People’s Republic of China for working with the Henan Business Community to make its visit to Liberia successful.

For his part, Ambassador Thomas extolled the First Lady’s initiatives to assist the underprivileged people and assured his commitment to continue soliciting support for such worthy endeavor.

Speaking earlier, the head of the delegation, Mr. Yang Ge, expressed gratitude to the First Lady for the warm reception accorded them since arrival in the country.

Mr. Yang and his delegation reaffirmed their interest in partnering with the foundation and other partners to support infrastructural and economic development programs. 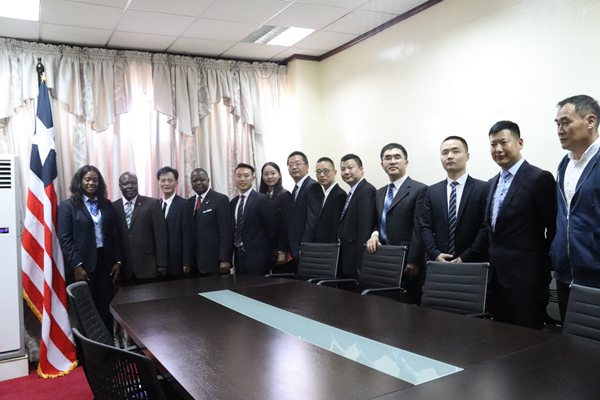 First Lady Weah with members of the delegation

He said they were in Liberia to not only discuss with the First Lady and other members of government on opportunities for investing in Liberia but also to tour potential sites in the country.