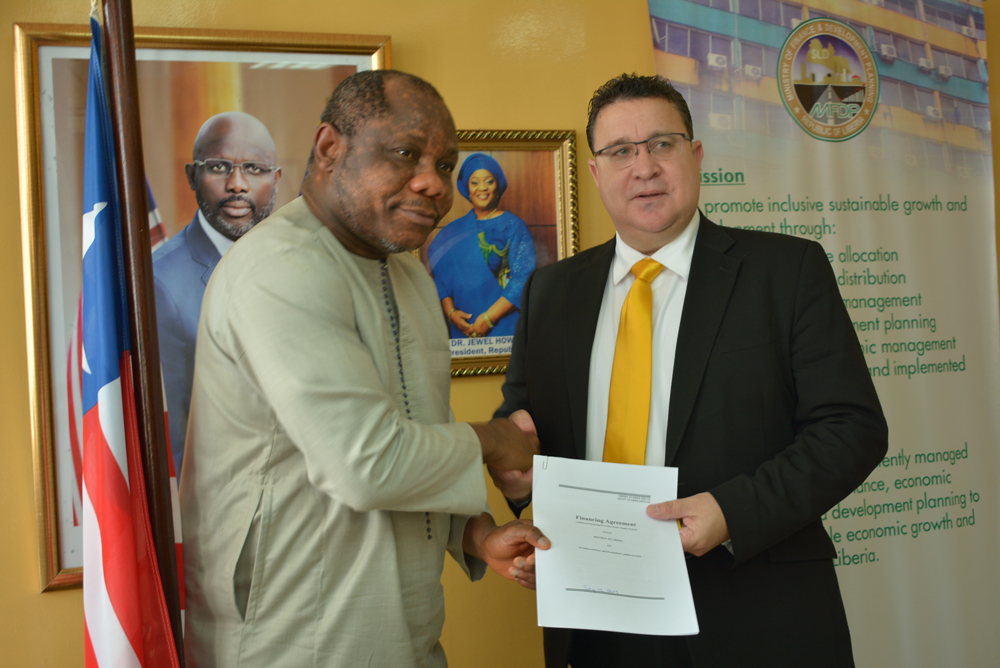 Laporte said that additional financing will also be used to extend the network of households and kiosks, and will increase access to clean water for more people.

He indicated that the current target of 140,000 people will gain access to improved water supply, and the project will reduce water losses in the network so that more water will become available for the people.

Laporte added that the financing will also contribute to improved human capital by reducing the current rate of infant mortality, malnutrition, and growth limitations which impair cognitive functions and physical development in children.

He assured the Liberian Government of the bank's continued support which is aimed at fighting poverty and improving shared prosperity, adding that the Pro Poor Agenda for Prosperity and Development is closely aligned with the bank's country partnership framework.

Finance and Development Planning Minister Samuel D. Tweah Jr. said that using technology and innovation to bring better through the financing was laudable. He called for strong coordination between key actors and project implementation.