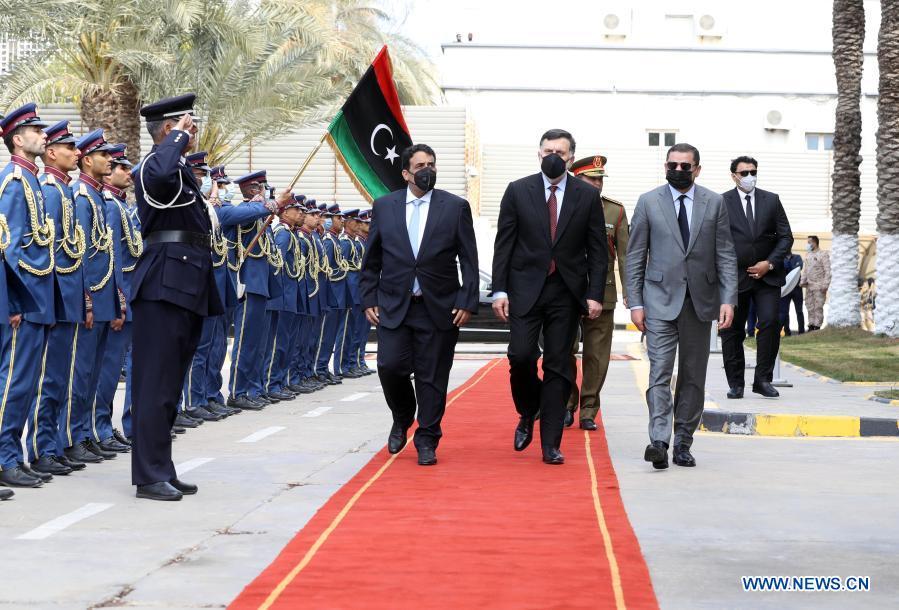 An official ceremony was held in the Government's headquarters in the capital Tripoli, where the new President of the Presidency County, Mohammed Menfi, praised the "peaceful handover of power."

The new Prime Minister, Abdul Hamid Dbeibah, confirmed his government will spare no effort to carry out reforms, calling on all public institutions to join efforts to solve problems facing the people.

The new executive authority was selected recently by the UN-backed Libyan Political Dialogue Forum (LPDF), which agreed to hold general elections in the country on Dec. 24, 2021.