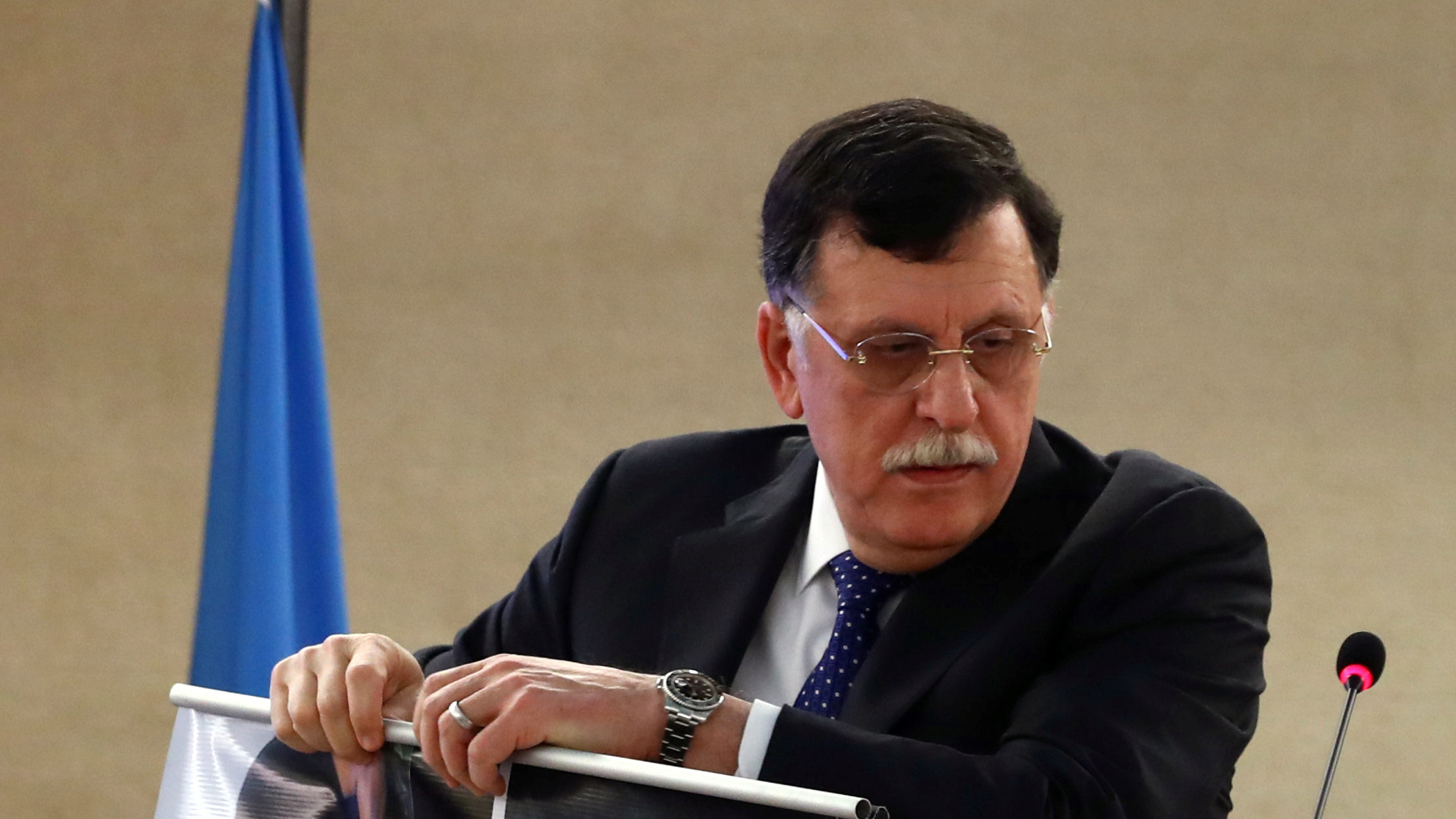 President of the Presidency Council of the Government of National Accord of Libya Faiez Mustafa Serraj holds a poster during a session of the Human Rights Council at the UN headquarters in Geneva, Switzerland, February 24, 2020. (Photo: CGTN)

Libya's warring sides have proposed a draft ceasefire agreement that would see the United Nations (UN) monitoring the safe return of civilians to their homes, the UN said Monday.

The UN Support Mission in Libya (UNSMIL) said it would facilitate the ceasefire process alongside a military commission with members from both sides.

The announcement came after a second round of indirect military talks in Geneva between Libya's Government of National Accord (GNA) and eastern military commander Khalifa Haftar's forces.

The head of Libya's UN-recognized government slammed his rival before the UN as a "war criminal", and decried international inaction over hostilities raging on the ground.

"The entire world has been able to see the escalation in hostilities and attacks against the capital Tripoli since April 4, 2019," Fayez al-Sarraj, who heads the Tripoli-based GNA, told the UN Human Rights Council in Geneva.

He also slammed international inaction amid the surging violence. "We have repeatedly asked that commissions of inquiry be established to investigate the violations, the forced displacements, the arbitrary detentions, the extrajudicial killings… Until today, we have not seen action by the international community," said Sarraj.

The talks, mediated by UN envoy Ghassan Salame, are aimed at brokering lasting ceasefire to fighting that has left more than 1,000 people dead and displaced some 140,000 since last April, according to the UN.

Several rounds of talks focused on economic issues, including fairer distribution of Libya's oil wealth, have also taken place in Egypt and Tunisia, and talks towards a political solution are scheduled to start in Geneva on Wednesday.

UNSMIL said it and the two parties had "prepared a draft ceasefire agreement to facilitate the safe return of civilians to their areas with the implementation of a joint monitoring mechanism".

"The two parties agreed to present the draft agreement to their respective leaderships for further consultations and to meet again next month," the statement said.

The next meeting would be dedicated to drawing up terms of reference for the committee in charge of the implementation of the agreement, it said.