Libya steps up security measures against terror attacks in Benghazi 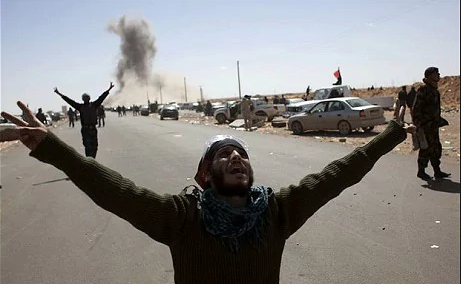 Libya's eastern-based government said Sunday that it adopted a package of security measures to counter terrorist threats in the eastern city of Benghazi.

The interim government said in a statement that the cabinet and security leaders of Benghazi had tightened security measures to prevent terrorist threats in the city after an emergency meeting held with Prime Minister, Abdullah Thanni.

"The victories of the armed forces and their supporting troops in the city of Benghazi will only be valuable if security is achieved through security work.

The enemy used suicide methods to destabilize the security situation in the city," the statement said.

The government issued instructions to install cameras and surveillance systems for mosques in the city and linked them to the main Security Chamber of the Ministry of Interior.

The measures include supply of 4 explosive detection vehicles worth $12 million, as well as installation of 700 cameras in the city and communications separation systems in mosques.

The officials during the meeting agreed to rehabilitate police and activate infantry forces, as well as use of police dogs.

Two people were killed and 143 wounded, including children, in an explosion that hit the inside a mosque on Friday in Benghazi.

Twin car bomb attack hit a mosque in Benghazi's Salmani district two week earlier as the worshipers exited the mosque after the night prayer, killing 34 people and injuring more than 100 others, mostly civilians.

No group has yet claimed responsibility for the bombings. However, preliminary investigations say that the attacks are likely to be carried out by of terrorist organizations.