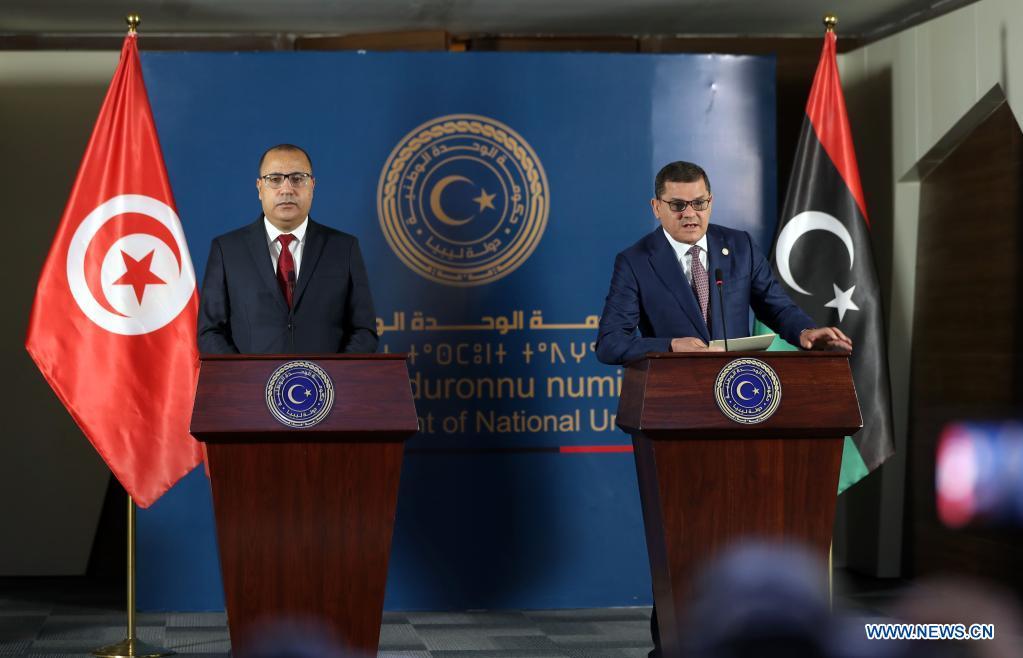 TRIPOLI, May 22 (Xinhua) -- Libyan Prime Minister Abdul Hamid Dbeibah on Saturday met with his Tunisian counterpart, Hichem Mechichi, in Libya's capital Tripoli, where they signed an agreement on mutual trade and movement of travelers.

The agreement also includes technical cooperation on land, sea and air transportation, as well as activating the work of joint commissions on land and sea transportation, Dbeibah told a press conference following the meeting.

The document aims to promote trade and travelers movement between the two countries, Dbeibah explained, confirming that Libya will "spare no efforts to improve development and living conditions of the peoples of the two countries."

Dbeibah pledged to support Tunisia against economic impact of COVID-19, confirming that Libya "will take all necessary steps to help Tunisia."

Earlier in March, Tunisian President Kais Saied paid a visit to Libya, where he discussed bilateral cooperation with Mohamed Menfi, president of the Presidency Council.