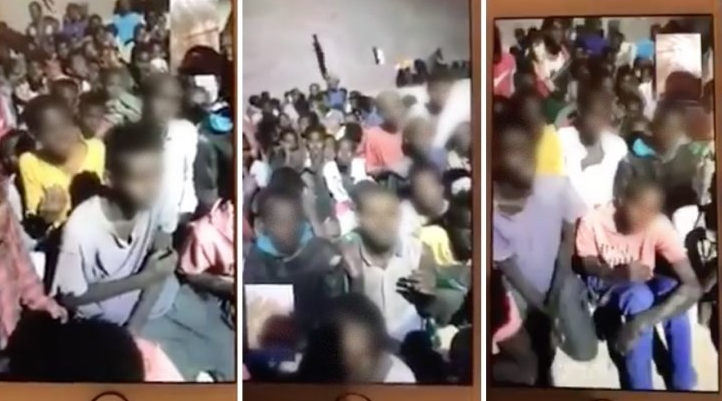 The Libyan Foreign Ministry on Monday called on security and legal departments to investigate the videos that surface online showing migrants being tortured by unknown persons.

"The Foreign Ministry of the Government of National Accord condemns in the strongest terms the criminal and disgraceful acts allegedly carried out on Libyan soil against some people, which have been showed in some video clips that spread through social media," the ministry said in a statement.

"We confirm that instructions have been issued by the Presidential Council to permanently investigate any indecent acts against the dignity of African migrants," the statement added.

CNN published a report a few months ago of auctions in different parts of Libya, where stranded African migrants are sold as slaves for as little as 400 U.S. dollars.

The videos raised wide international condemnation to the alleged slave trade in Libya. The Libyan authorities said an investigation was underway.