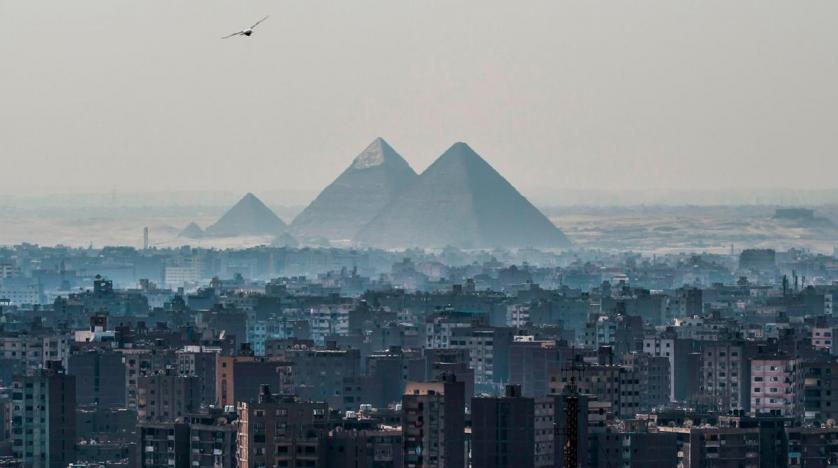 A view of the Pyramids of Giza on the southwestern outskirts of the Egyptian capital Cairo. (Photo: AFP)

CAIRO, Dec. 15 (Xinhua) -- The Libyan Embassy in Egypt announced that it was closing its doors indefinitely starting Sunday.

It cited "security reasons" for the closure, read a statement on its official Facebook page.

"Work at the embassy will be suspended until further notice," it said, without elaborating.

The UN-backed Libyan government on Tuesday denied reports that supporters of the rival east-based army took over the Libyan Embassy in Egypt.

"What happened was that some people attempted to enter the embassy by force and tried to blackmail the embassy to obtain some cash. They were dealt with and expelled from the embassy's building," the Libyan foreign ministry said.

On Monday, Mustafa Bakri, an Egyptian parliament member, demanded the Egyptian government expel the Libyan Ambassador of the UN-backed government in Cairo, and instead recognize the ambassador of Libya's east-based army.

Libya has been suffering escalating violence and instability ever since the fall of the late leader Muammar Gaddafi in 2011.