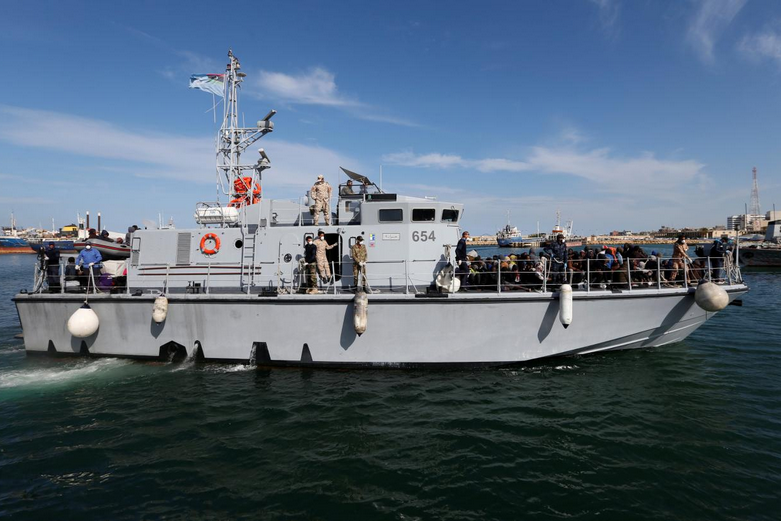 Libyan Navy boat with migrants on board arrives at navy base in Tripoli, Libya November 23, 2017. REUTERS/Ismail Zitouny.

TRIPOLI (Reuters) - Libya’s U.N.-backed government said on Thursday it was investigating reports of African migrants being sold as slaves and promised to bring the perpetrators to justice.

Footage broadcast by CNN appearing to show African migrants being traded in Libya sparked an international outcry and protests in Europe and Africa.

“There have been direct instructions issued to form an investigative committee so as to uncover the truth and to capture the wrongdoers, and those responsible, and put them before the judiciary,” Libyan Interior Minister Aref al-Khodja told journalists in Tripoli.

“We are now currently waiting for the results of the investigations which I believe are coming to a close.”

The CNN video showed what it said was an auction of men offered to Libyan buyers as farmhands and sold for $400, appearing to confirm earlier reports of the existence of markets for trading migrants in Libya.

Many Libyans reacted with anger to the outcry, with some pointing to a European push to stop migrants from crossing the Mediterranean to Italy that activists say has resulted in a worsening of conditions for migrants inside Libya. 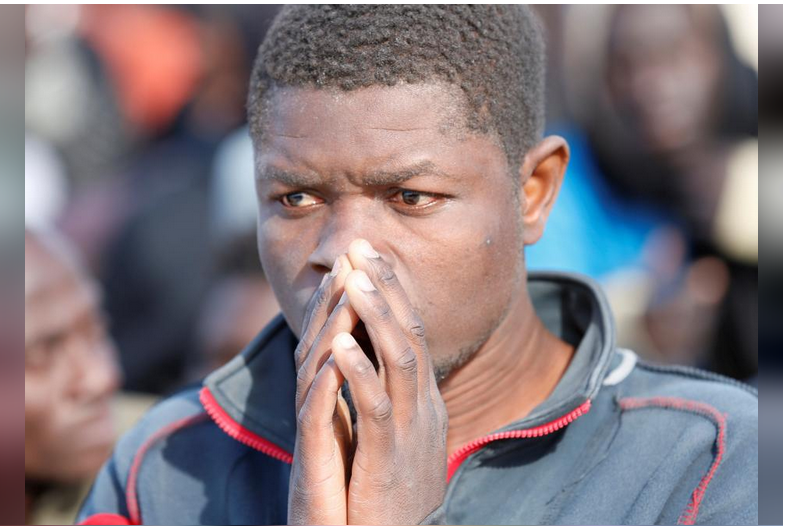 A migrant arrives at a naval base after they were rescued by Libyan coastal guards in Tripoli, Libya November 23, 2017. REUTERS/Ismail Zitouny.

“We call on local and international bodies to cooperate with the Attorney General’s Office and provide any information that helps to reveal the truth,” the U.N.-backed government’s presidency said in a statement.

“We, in Libya, are victims of illegal migration and we are not a source for it,” it added, appealing to foreign powers to help stop flows from migrants’ countries of origin and across Libya’s southern borders.

The U.N. Libya mission said on Wednesday it was “actively pursuing the matter with the Libyan authorities to set up transparent monitoring mechanism that safeguards migrants against horrific human rights abuses”.

Under pressure from Italy, the U.N.-backed government has co-opted local groups and tried to bolster Libya’s coastguard to stem the record flows of migrants crossing the Mediterranean since 2014.

Though sea arrivals to Italy are down almost a third this year, this week was marked by a surge in rescues after several days of bad weather, and one body was recovered, Italy’s coast guard and humanitarian groups said.

On Wednesday, 1,100 migrants were rescued from 11 boats, the coast guard said, and more than 200 were picked up on Thursday.