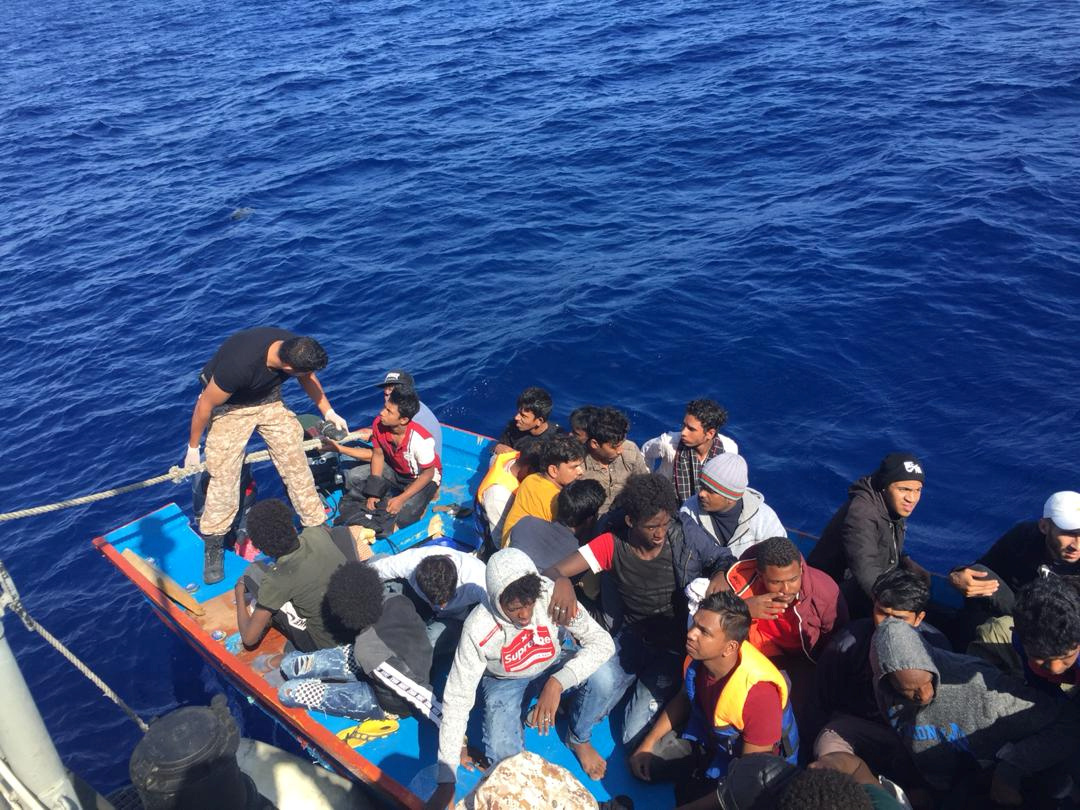 Migrants are seen in a dinghy as they are rescued by Libyan coast guards in the Mediterranean Sea off the coast of Libya, Oct 18, 2019. (Photo: Agencies)

"Last night, 81 migrants, among them 18 women and 4 children were returned to Tripoli by the Libyan Coast Guard," the IOM Libya tweeted.

"IOM staff were at the disembarkation point to provide medical screenings and emergency assistance," the IOM Libya added.

Libya has become a preferred departure point for migrants hoping to cross the Mediterranean Sea into Europe due to the insecurity and chaos in the North African country following the 2011 uprising that toppled former leader Muammar Gaddafi.

Over 600,000 migrants are in Libya, many of whom need assistance especially as conflict continues, the IOM Libya earlier said.

The IOM has repeatedly stressed that Libya is not a safe port for migrants' disembarkation due to the deteriorating security condition in the country.