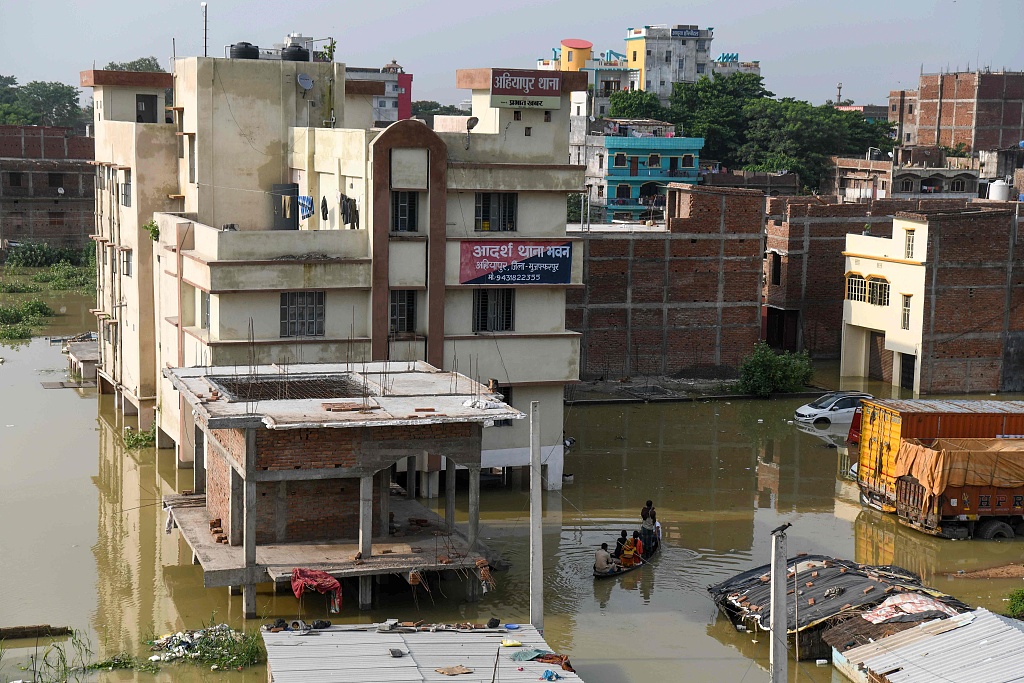 An Indian policeman travels with residents on a wooden boat to cross a flooded locality near the Ahiyapur police station at Muzaffarpur district in the Indian state of Bihar on July 18, 2019. (Photo: VCG)

Disaster Management official Amod Kumar Sharan says the deaths occurred on Tuesday, raising overall death toll in Bihar state to more than 100 from lightning and flooding since the monsoon season started in June.

Last Sunday, 33 people were killed by lightning in the northern state of Uttar Pradesh. They were mostly farmers working in the field.

Millions of people have been hit by floods, their homes and crops devastated by surging waters in the worst-hit Bihar and Assam states.

South Asia's monsoon rains, which hit the region from June to September, are crucial for the rain-fed crops planted during the season.