WORLD Lights out in California again with high wildfire danger

Lights out in California again with high wildfire danger 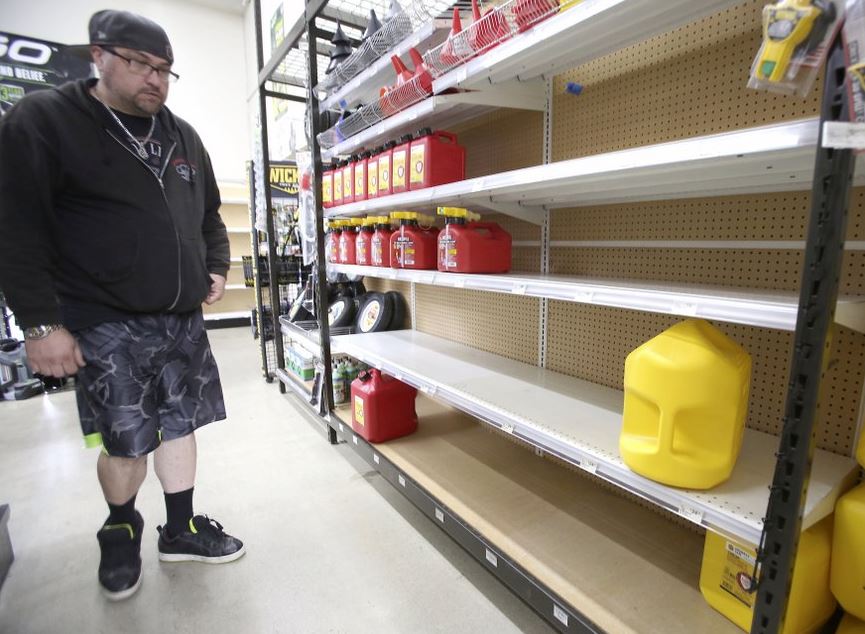 Pacific Gas & Electric Co. began shutting off electricity Wednesday to 375,000 people in Northern and central California to prevent power lines from sparking wildfires as the region faced a new bout of windy and warm weather.

Some people in the wine country counties of Napa and Sonoma north of San Francisco lost power at about 7 a.m. Power was also cut farther north in portions of Mendocino, Lake and Yolo counties, said Katie Allen, a PG&E spokeswoman.

Nearly 170,000 initially lost electricity, but the shut-offs that started Wednesday morning were expected to affect more people as the outages spread to 18 counties and last into Thursday.

A virtually rainless fall has left brush bone-dry and forecasts called for low humidity and winds gusting at times to 55 mph (89 kph), which might fling tree branches or other debris into power lines, causing sparks that could set catastrophic fires in the region, PG&E officials said.

The northern Sierra Nevada has seen a fraction of an inch of rain in the past two months instead of the usual 5 inches (13 centimeters), he said.

“This lack of rain is keeping the threat of fire very real, this late in the season, in many areas,” said Scott Strenfel, PG&E’s principal meteorologist.

The dry weather in Northern California came as wintry weather brings rain, wind and snow to Southern California. A storm system dumped about 2 inches (6 centimeters) of rain in the San Diego County area on Tuesday and more was expected Wednesday.

Wet conditions made for a slippery Wednesday morning commute in Los Angeles while heavy flooding stranded drivers in desert areas to the east. Flash flood watches were in effect for some communities east of Los Angeles, with storm warnings up for mountain communities.

Voluntary evacuation warnings were issued for a few communities in an area of Orange and Riverside counties that was burned in a wildfire last year.

In the north, warnings of extreme fire danger covered a large area.

California’s state fire agency placed fire engines and crews in position in some counties and had crews ready to staff aircraft and bulldozers.

The state’s largest utility decreased the number of people who could be affected from an original estimate of about 660,000 based on updated forecasts and some juggling of its power system. The utility said it will closely monitor the weather and could further reduce that number if it improves.

The blackout is the latest in a series of massive outages by the country’s largest utility, including one last month that affected nearly 2.5 million people and outraged local officials and customers who accused the utility of overkill and using blackouts as a crutch because it failed to harden its equipment to withstand fire weather.