WORLD Likening US policy on migrant children to Nazis an 'exaggeration': attorney general

Likening US policy on migrant children to Nazis an 'exaggeration': attorney general 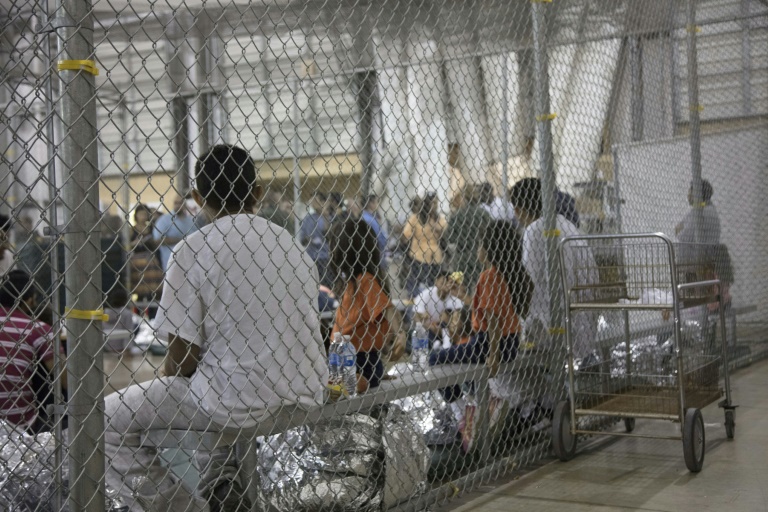 This US Customs and Border Protection photo obtained June 18, 2018 shows intake of illegal border crossers by US Border Patrol agents at the Central Processing Center in McAllen, Texas on May 23, 2018 (Photo: AFP)

US Attorney General Jeff Sessions rebutted comparisons to Nazi Germany of the US policy of separating children from their immigrant parents, calling it "a real exaggeration."

"In Nazi Germany, they were keeping the Jews from leaving the country," he said in an interview on Fox News late Monday.

"But this is a serious matter. We need to think it through, be rational and thoughtful about it. We want to allow asylum for people who qualify for it."

Sessions was responding to critics who have compared the separations of children from parents entering the US illegally to what the Nazis did.

"Well, its a real exaggeration, of course." Sessions said.

Since May 5, some 2,300 children have been taken from their parents after they crossed the US-Mexico border.

They are being housed in makeshift shelters with bare concrete floors and chain-link fence dividers, drawing comparisons to animal cages.

Instituted as part of US President Donald Trump's policy of "zero tolerance" for illegal immigration, the practice has sparked widespread outrage and condemnation, even among some Republicans.

Retired general Michael Hayden, a former CIA director, sparked debate over the weekend when he posted a photograph on Twitter of the portals to the Nazi concentration camp at Birkenau.

Over the picture was the message: "Other governments have separated mothers and children."