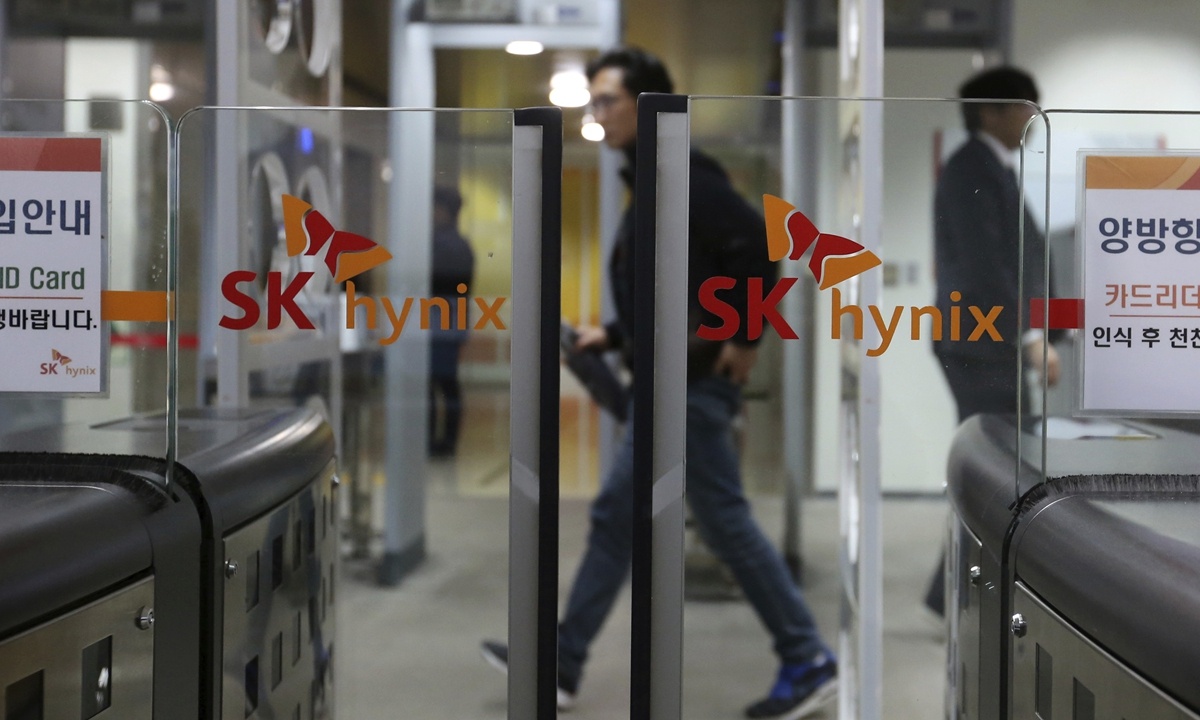 Southwest China's Chongqing Municipality, the world's No.1 production base for laptops, is expected to see limited damage to its memory chip supply chain after a COVID-19 case caused a plant owned by South Korea's semiconductor giant SK Hynix to temporarily halt production, with emergency testing of over 3,200 people. However, there might be some minor price spikes, analysts pointed out.

A South Korean citizen who works in Chongqing was confirmed as an asymptomatic COVID-19 case on Saturday after arriving at Incheon International Airport in South Korea.

As of Sunday morning, Chongqing had taken nucleic acid samples of 3,283 people. Results have been returned on 2,674 samples, all of which were negative, while 149 direct and indirect contacts have been put under quarantine, the Xinhua News Agency reported.

SK Hynix, which mainly makes NAND flash memory chips for mobile phones and tablets, confirmed to the Global Times on Sunday that the Chongqing facility where the engineer works has halted production, implemented fully closed management, isolated all employees and carried out nucleic acid testing.

A spokesperson for SK Hynix said the company is striving to resume operations in the short term.

The Chongqing facility reportedly accounts for nearly 40 percent of SK Hynix's NAND flash output, but Chinese industry insiders said that companies are more prepared now than when they faced the pandemic for the first time earlier in the year. The epidemic has disrupted the global supply chain for nearly a year.

They also pointed out that for an advanced plant like SK Hynix's Chongqing facility, a high automation level and strict in-plant management means that infections among co-workers at the plant would be low.

"There could be some short-term price hikes, based on the news, but the market is relatively well supplied," said Ma.

Liu Kun, a Beijing-based semiconductor industry analyst, told the Global Times on Sunday that SK Hynix's Chongqing plant is mainly for assembly and testing, which makes the infection's damage limited.

"There are ample supplies in this particular process of semiconductor manufacturing so the impact is limited," Liu said. "If it had been memory chips, for which supply is tight, the impact would have been bigger."

Founded in 2013 in Chongqing's Xiyong Mirco-electronics Industrial Park, SK Hynix's Chongqing facility employed about 2,500 people as of 2019, according to its earnings report.

The Xiyong industrial park realized an output value of 4.098 billion yuan ($623.3 million), up 52.3 percent year-on-year, in the first quarter of 2020, according to its official website.