WORLD Little has been done to address equitable COVID-19 vaccine distribution: WHO chief

Little has been done to address equitable COVID-19 vaccine distribution: WHO chief 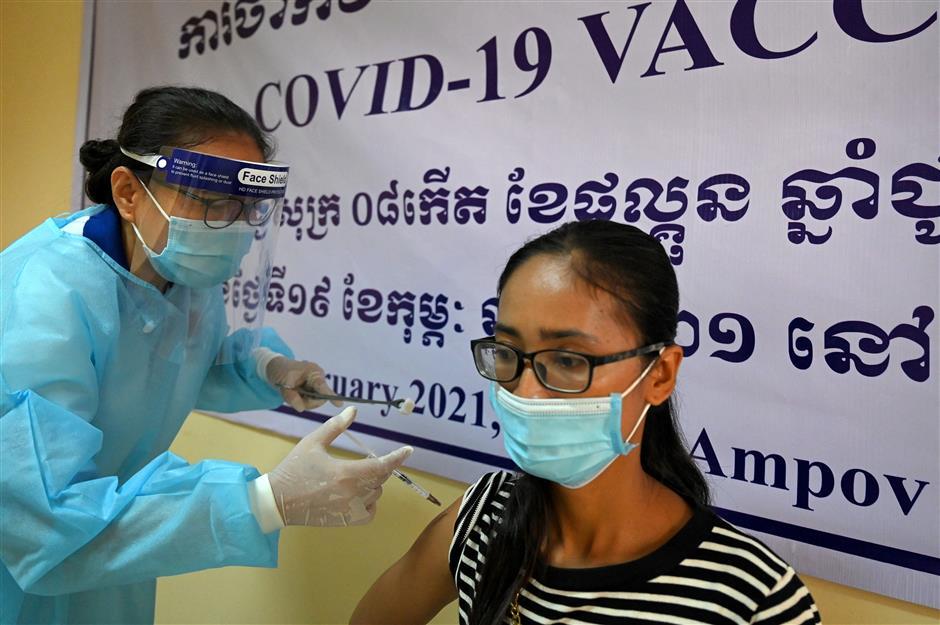 A woman receives the Sinopharm vaccine against the COVID-19 coronavirus at a hospital in Phnom Penh, Cambodia, on March 22, 2021. (Photo: Agencies)

GENEVA, March 22 (Xinhua) -- The chief of the World Health Organization warned on Monday that little has so far been done to address the inequitable distribution of COVID-19 vaccines, which is pushing the world to the brink of a catastrophic moral failure.

"In January, I said that the world was on the brink of a catastrophic moral failure unless urgent steps were taken to ensure equitable distribution of vaccines. We have the means to avert this failure, but it's shocking how little has been done to avert it," said WHO Director-General Tedros Adhanom Ghebreyesus at a press briefing.

He warned that the gap between the number of vaccines administered in rich countries and that through COVAX, an international vaccine campaign led by WHO and partners, is growing every single day and becoming more grotesque every day.

"The world's poorest countries wonder whether rich countries really mean what they say when they talk about solidarity... Some countries are racing to vaccinate their entire populations while other countries have nothing. This may buy short-term security, but it's a false sense of security," he added.

By that, the WHO chief cautioned that more transmission of COVID-19 may lead to more variants of the virus, which in turn means it's more likely that they will evade vaccines. And as long as the virus continues to circulate, people will continue to die, trade and travel to be disrupted, and the economic recovery to be further delayed.

He appealed to high-income countries to share vaccine doses through COVAX while urging manufacturers to increase the production and equitable distribution of vaccines.