LIVERPOOL, Britain - At the tennis center in Liverpool's Wavertree suburb, the city's Mayor Joe Anderson was ushered into a cubicle to be tested for COVID-19. He was one of the first among hundreds of residents queuing for Britain's first mass COVID-19 testing, which kicked off here Friday. 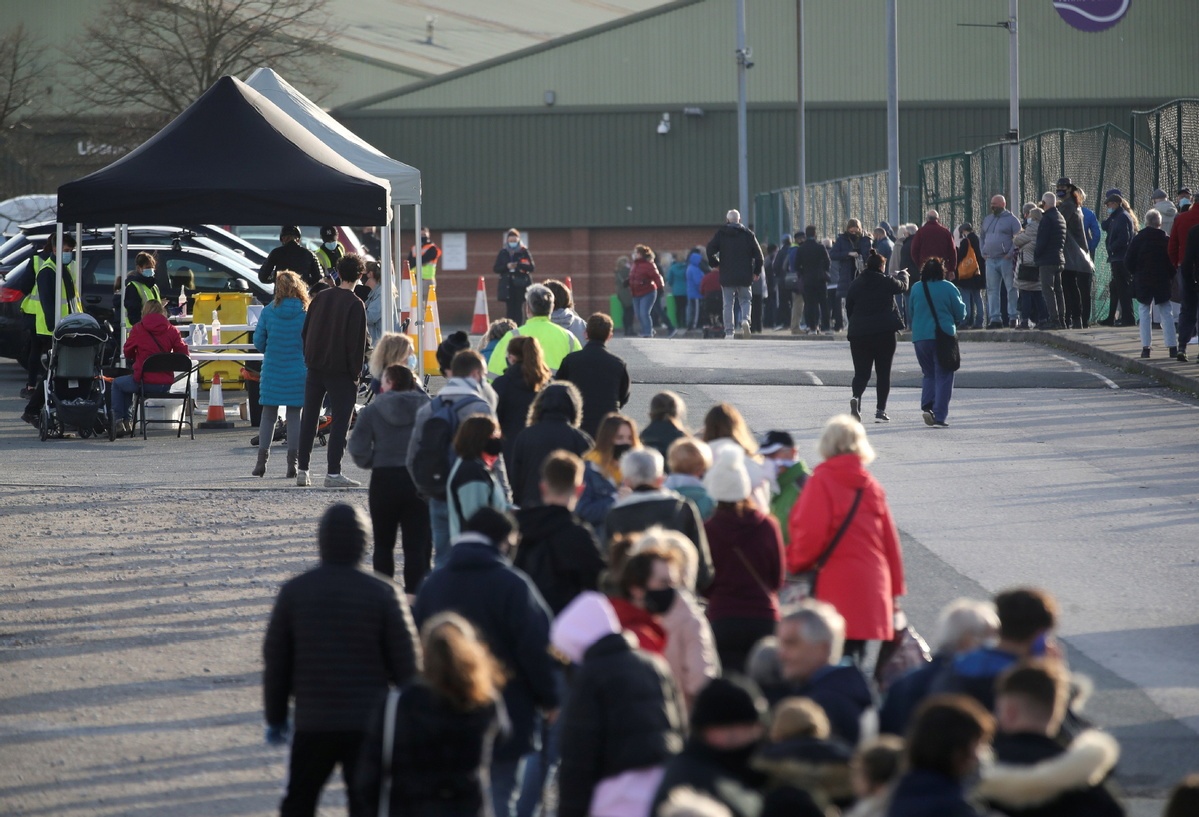 "This is an incredible opportunity to turbo charge our efforts to reduce coronavirus in the city. We are excited to be leading on this project," Anderson said.

In a plea to the general public, Anderson said: "Let's all get tested, for our families, our mates, our Liverpool and set an example to the country and the world."

Around 2,000 British army troops have arrived in the nothwestern English city to carry out the tests in a network of quickly assembled testing stations across the city, which became the first to enter the British government's top-tier localized lockdown zone last month for high coronavirus rates.

"More centers will be opened in the coming days. It is expected that the pilot (program) will last initially for around 10 days, with a view to it being extended," a spokesperson for the Liverpool City Council told Xinhua.

Testing will be also carried out here using home kits, in hospitals and care home settings, schools, universities and workplaces.

In a message posted on Liverpool FC's official site, Klopp said: "Let's start the fightback against COVID-19 -- let's get tested. If you live or work in Liverpool then you are able to get tested as part of the citywide testing roll out."

"Taking a test is very simple, in our football bubble we are tested every week, which has allowed football to continue in England," Ancelotti said.

Matt Ashton, Liverpool's director of Public Health, told Xinhua "If we get enough people to take part, it could mean we don't go back into Tier 3 when (the national) lockdown ends in December. That would mean a Christmas where we could do more social mixing and more of the things that we all enjoy."

Noting that mass testing would help the country get back to a new normal more quickly, he said it is "something we have invited because we believe it could be a game changer in reducing the spread of the virus in Liverpool."

China has showed the world that mass testing and tracing is part of the efforts that proved effective to bring the pandemic under controls.

In recent months, smaller-scale clusters of cases have been discovered at different times in Beijing, Xinjiang, and Dalian respectively. Efforts to tackle a resurgence have proven effective, which include quarantines, disinfection, contact tracing, targeted lockdowns and citywide mass testing campaigns.

Britain's national health officials and Prime Minister Boris Johnson will be carefully following the progress in Liverpool to determine its success at defeating the virus.

However, it remains to be seen how many people will take part in the mass testing. Concerns are still grave that some people will continue to flout rules during the lockdown.

Local media reported Friday that three people were arrested with others given fixed penalty fines after hundreds of people turned out at an anti-lockdown protest in Liverpool city center.