Liverpool, which has one of the worst coronavirus infection rates in Britain, is to become the first in the country to trial city-wide testing, the government announced on Tuesday. 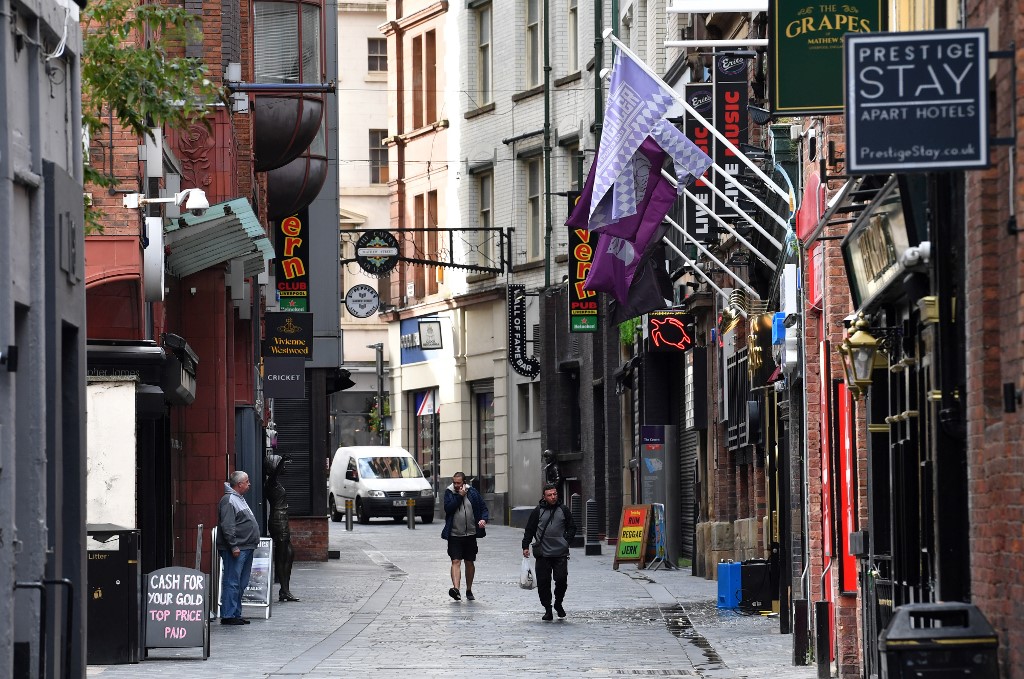 People walk along an almost empty street in Liverpool, north west England on October 14, 2020, as local lockdown measures come in to force to help stem a second wave of the novel coronavirus COVID-19. (File photo: AFP)

The programme will offer hundreds of thousands of new, rapid turnaround tests to all residents and workers, even if they are not displaying symptoms.

The northwestern city was one of the first in England to have tight new restrictions imposed following a surge in cases and deaths from the virus.

A combination of existing swab tests will be used, as well as new lateral flow tests, which can give results within an hour, in a pilot scheme that could be scaled up nationwide.

Tests will be carried out at various sites, including in hospitals, care homes, schools, universities, and workplaces, Prime Minister Boris Johnson said.

"Dependent on their success in Liverpool, we will aim to distribute millions of these new rapid tests between now and Christmas and empower local communities to use them to drive down transmission in their areas," he added.

Britain has been the hardest hit country in Europe, with almost 47,000 fatalities of those testing positive for the virus.

The Office for National Statistics on Tuesday said deaths registered in England and Wales in the week ending October 23 were 980 more than the five-year average.

Of those, 978 mentioned coronavirus on the death certificate.

England goes into a second lockdown from Thursday, following dire warnings about hospitals being overwhelmed and death rates spiking if infections keep rising.

But Johnson is facing a backlash about the economic impact of the restrictions, as all non-essential shops and services will close.

Britain's National Cyber Security Centre (NCSC), which protects against online attacks, meanwhile said a quarter of the incidents it responded to over the last year were coronavirus related.

"The world changed in 2020 and so did the balance of threats we are seeing," said Jeremy Fleming, director of GCHQ, the parent organisation of the NCSC.

"The expertise of the NCSC... has been invaluable in keeping the country safe: enabling us to defend our democracy, counter high levels of malicious state and criminal activity, and protect against those who have tried to exploit the pandemic," he added.