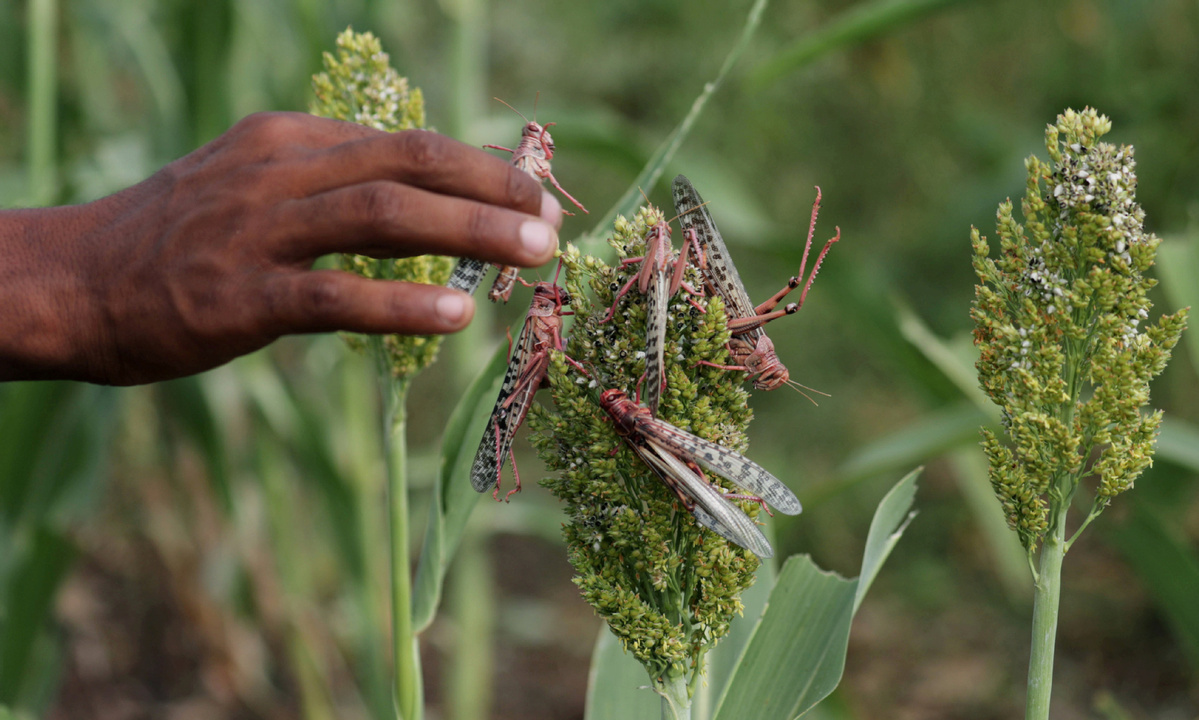 South Africa has struggled as the African country worst hit by the coronavirus, and now it's confronting a new challenge: an invasion of locusts.

The species that has swarmed into South Africa is different to the one that has been ravaging East Africa since June last year. But it has plenty of destructive force, with the insects laying waste to crops and pastures.

To curb spread of the pests, control measures are being implemented and the department has sent specialists to the affected provinces to work with the provincial departments of agriculture and rural development officials, together with the Agricultural Research Council and farmers' organizations.

Didiza has urged farmers to alert the department whenever they spot a swarm of locusts, and work with the officials to curb their spread. A spell of strong winds in the country is aiding that spread.

In October, brown locusts invaded Karoo, the arid and semiarid part of the Eastern Cape Province, destroying crops in 127 farms, according to the South African Broadcasting Corporation. The Middleburg and Graaff-Reinet areas were the worst affected.

Before the locusts arrived, the region was enduring a drought, which has been worsening the food insecurity of residents.

In East Africa, desert locusts are continuing to destroy crops and pastures, especially in central Somalia and eastern Ethiopia, where substantial breeding caused large numbers of hopper bands to develop in November.

According to the Food and Agriculture Organization, or FAO, the numerous immature swarms that have started to form will increase until January.

This is expected to cause increasing waves of the swarms to invade northeastern Kenya from the middle of this month.

The FAO said intensive survey and control operations should be maintained in Ethiopia and Somalia, while extreme vigilance and preparedness are required in Kenya.

In November, Peter Munya, Kenya's agriculture cabinet secretary, said the government, together with development partners including the FAO, had set aside $28.7 million to deal with the second wave of desert locusts.

Breeding is likely in northern Somalia, where heavy rains fell from Cyclone Gati and mature swarms are present.

The fight against desert locusts in East Africa has highlighted the importance of regional cooperation. However, a lack of financing to facilitate the control measures has also proved to be a challenge.